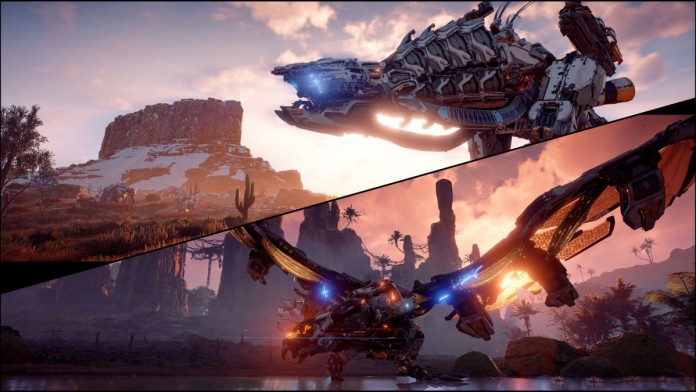 Horizon Zero Dawn receives support for NVIDIA DLSS functionality, exclusive to RTX graphics cards. Increase the performance of the title “up to 50%”. Horizon Zero Dawn on PC receives the long-awaited support from NVIDIA DLSS, a feature that allows you to improve the rate of images per second while maintaining image quality. The manufacturer assures in a press release that the performance increases “up to 50%”. Remember that only graphics cards from the RTX range can be used.

The functionality is now available as part of the 1.11 update. The patch has focused on correcting some technical problems. AMD users will see the arrival of FidelityFX Super Resolution, which replaces FidelityFX CAS. The team has also added improvements to the shader management system.

The passage of Horizon Zero Dawn through the computer market has not been easy, precisely. His arrival was plagued with technical problems and lack of optimization. “It’s a shame, when it goes well it shows its technical muscle in some wonderful prints in ultra quality. The way in which the vegetation reacts to Aloy’s passage, the lighting during the cycle change, the clouds… there are reasons to immerse yourself in it again if you have a team above the PS4 hardware ”, we said. You can read the full text here.

Chorus and Lemnis Gate have been some of the games that have followed Aloy’s path. The Deep Silver title indicates that it has improved its performance by up to 45% thanks to DLSS, while the Ratloop Games shooter “will double” the target it currently reaches. On the horizon there are titles that maintain their commitment to the function. This is the case of the future landing of God of War on PC, which will be supported from day one.

For those who do not know what it is, DLSS “is a supersampling technology powered by artificial intelligence that allows you to significantly improve the performance of video games without sacrificing image quality.” The Tensor Cores, found exclusively in the RTX range of graphics cards, are responsible for their operation.

Which Pixar movie suits you according to your type of enneagram?