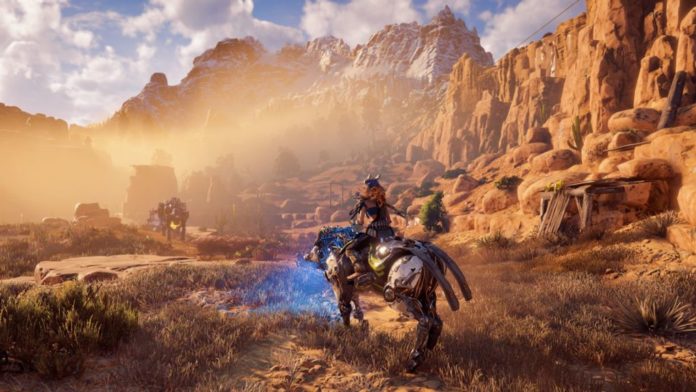 Horizon: Zero Dawn, developed specifically for PlayStatinon 4, will be released for the PC platform this year. Moreover, the game will be available on both Steam and Epic Games. However, the information does not reveal detailed information about the game.

PlayStation 4, developed by Japan-based technology giant Sony, is the number one choice for gamers. One of the special games for PlayStation 4 is “Horizon: Zero Dawn” developed by “Guerrilla Games”. Launched in 2017, the game is among the most popular on the PlayStation platform.

Now the PC version of Horizon: Zero Dawn, which is extremely popular for the PlayStation platform, is on the way. According to the information obtained, Sony, this game by 2020 ready for the PC platform, and both Valve’s Steam and Steam’s biggest rival Epic Games will be available for sale.

There is no detailed information about this development that arises from the news published by an internet site. For example, it is not known whether Horizon: Zero Dawn’s “Frozen Wilds” will be available in the PC version. It is also unknown how the game will require a system requirement. However, we can already say that the 30 fps limit in the game developed for PlayStation 4 will not be on the PC platform.

THE SORRY HISTORY OF LOVE OF SUGA AND HIS BRIDE

G-DRAGON HITS WITH HIS STYLE IN THE CHANEL PARADE

Trailer From The Second Season of Ricky Gervais Netflix Drama After...

6ix9ine accused of sexual assault: his prison sentence could be longer!