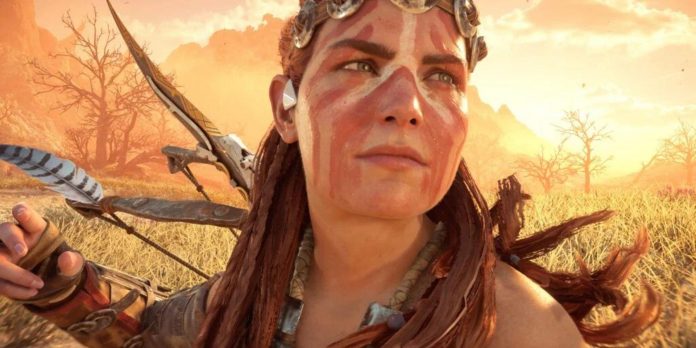 The continuation of Horizon Forbidden West has not yet been officially announced, but it seems inevitable. Horizon Forbidden West ends not even with a cliffhanger, but with the whole premise of the plot of another sequel, clearly stated for the players. Thus, fans can speculate about what mechanics and features Guerrilla extrapolates in the third part of Horizon.

One mechanic that will definitely return in the third part is the ability to control winged machines in the air, as well as the ability to swim at an extraordinary depth with the same level of graphical accuracy. These features, along with other improvements related to the passage of the open world, made Horizon Forbidden West immeasurably different from Horizon Zero Dawn. Rather, when considering where the third installment might improve, there is one iteration of Horizon Forbidden West mechanics that could affect later sequels: hand-to-hand combat.

Horizon Forbidden West has made a strange choice in improving Eloy’s melee mechanics. Eloy is best known for her ranged combat skills, so it seems like a strange mechanic for a Guerrilla to focus on. Perhaps Guerrilla is focusing on melee in Eloy’s set of techniques to prepare her for more physical or melee-based mechanics in the future.

Melee combat should not be concentrated when human enemies are being considered, but instead when machine enemies are being considered. The third Horizon game can take inspiration from Monster Hunter and add mechanics that allow players to attach to machines or mount them, forcing her to then strike at certain parts to obtain resources, scaling the machine like Shadow of the Colossus.

A Pulcaster from Horizon Forbidden West would be perfect for such mechanics, and it would be great to see how Eloy’s melee attacks differ from spear strikes. Spike throwers and other similar weapons already attest to her physical prowess, and if Eloy takes a more muscular approach to combat, the next Horizon entry may introduce new melee tools with which Eloy can smash smaller machines.

It would be interesting to see how Eloy will be able to overcome smaller machines after shackling them with a blow to their weak points. This would make the improvement in Eloy’s melee abilities and overall strength much more impressive, and these changes would also be more meaningful if they were complemented by positive physical changes in Eloy’s character model.

Eloy’s strength must be represented in her physical form

The current character model of Eloy, unfortunately, mirrors the model of Nathan Drake from Uncharted, where the character is capable of supernatural physical feats, while his body is clearly average in terms of muscle tone or athletic assumption. These characters don’t have to literally have demigod bodies like Kratos from God of War, but it would be more accurate to have a definition of muscles to imagine that they are really capable of incomparable physical maneuvers. If Eloy continues to perform the same physical feats as before, it would be nice to see that the increase in strength and agility is presented as a distinct increase in muscle mass.

During the time between Horizon Forbidden West and its inevitable sequel, while Eloy and her companions are preparing for the arrival of Nemesis, it is likely that Eloy may have developed a certain amount of muscle or tone in her physical form. In any case, Eloy should have already had the muscle tone depicted on her character’s model, and therefore it was not necessary to strain the imagination to portray her with a properly developed muscle tone.

This may not hurt Horizon’s narrative or Eloy’s character development if she doesn’t appear in the third installment with bulkier hands. However, this is hardly beyond the scope of the possible. If Partizan wants her to achieve more thanks to her physical fitness, it would be great to see this both in the gameplay and in the character model of Eloy. Of great importance is the greater number of images of atypical or underrepresented body types in games.

The fan art of “Joker 2”, combining Joaquin Phoenix with Willem...