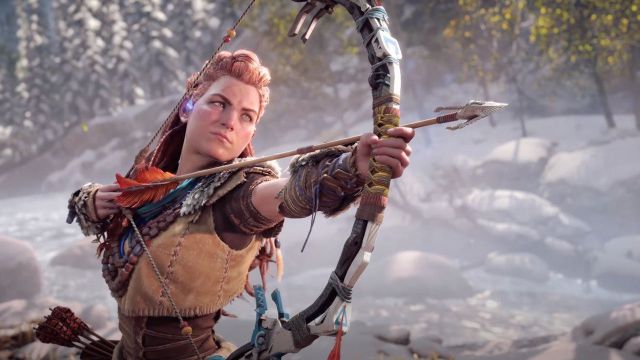 Horizon: Forbidden West: Like the Gwent in The Witcher 3, Horizon: Forbidden West will allow us to enjoy between Assault missions, and challenge the different NPCs. This week we were able to discover the different editions with which Horizon: Forbidden West will arrive next year, one of the most anticipated exclusives for PS4 and PS5, and of which only the most expensive will include generational improvement. Among some of the items included in the Collector and Regalia editions are Assault figures, a board game popular among the inhabitants of the Guerrilla Games game universe, and as confirmed by the Dutch studio, we will be able to challenge a multitude of NPCs to play games of the same.

“Assault is a board game played by the inhabitants of the world of Horizon,” he begins by explaining a section of Frequently Asked Questions published on the official PlayStation website. “It is played with carved pieces of wood and metal in the shape of machines. Aloy will be introduced to Assault in Horizon: Forbidden West, and can challenge many different NPCs to a match!

Thus, everything seems to indicate that Assault will fulfill the role of Gwent a bit in The Witcher 3: Wild Hunt, for example. However, it is not certain that he is a mere minigame as in the case of the CD Projekt title, or can even help us to get some rewards. As we said before, both the Collector’s Edition and the Regalia will include physical Assault pieces, while the Digital Deluxe Edition will also make available some pieces to play with within Horizon: Forbidden West.

The controversy is served

However, the most relevant news of this announcement is, as we said before, the fact that only with these three editions mentioned -Digital Deluxe, Collector and Regalia- we can update our copy of PS4 to the PS5 version. In case of getting any of the other editions, we will have to pay an extra to carry out this generational improvement.