Home Entertainment Horizon Forbidden West Will Have “Better Side Missions,” According To Its Director 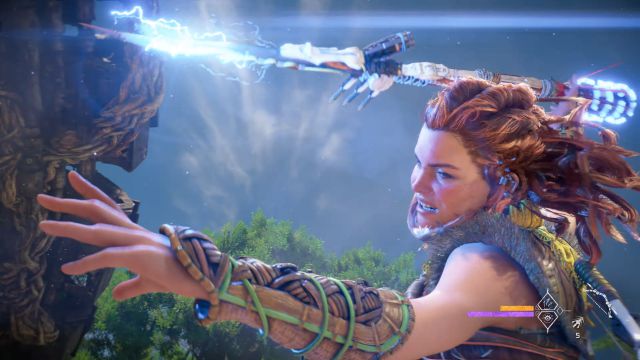 Horizon Forbidden West: Mathijs de Jonge, director of Horizon: Forbidden West, emphasizes on the rewards of the secondary missions, in addition to the design of the HUD. The coverage of Horizon: Forbidden West that they have made in Game Informer continues to leave us a lot of information about the Guerrilla Games game, which is logical considering that there is only a month and a half left until its launch. Today it’s time to learn more about the secondary missions, which will have greater depth, according to its director, and about its HUD, which will be as minimalist as possible.

The inclusion of secondary missions that encourage the player to get even more involved has been one of the great concerns of the Dutch study, also trying to obtain rewards that are worth the time invested in them. “There is much more variety in this regard, a greater sense of reward and achievement when you get something cool in return for doing these missions,” said Mathijs de Jonge, director of Horizon: Forbidden West. “That’s another section where we felt there was some room for improvement. So you get a weapon or gear that is good, something that is really useful for your next mission or activity.”

What about the HUD? This will initially offer the right information, being less invasive than in Horizon: Zero Dawn. De Jonge says that the default activated in this sequel will be very minimalist, but that the player will be able to get more information simply by sliding their finger across the touch panel of the DualSense of PS5 or of the Dual Shock 4 of PlayStation 4, since the game will arrive at both platforms.

Guerrilla Games is still current not only for Horizon: Forbidden West, which will arrive on PS4 and PS5 on the 18th, but also for the announcement of Horizon: Call of the Mountain, the first major game announced for PlayStation VR2, whose official announcement has been made done just a few days ago.