Home Entertainment Horizon Forbidden West Was Pushed Back To 2022 In Part To Avoid... 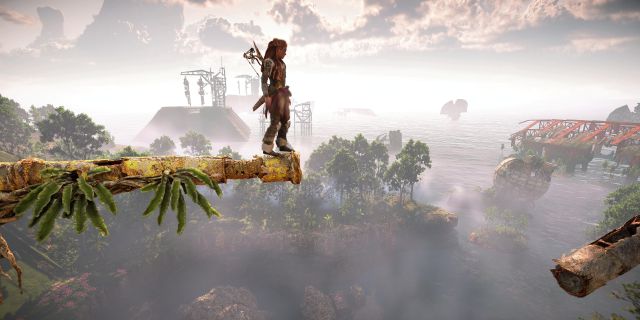 Horizon Forbidden West: The Guerrilla Games title did not finally come out in 2021, as it was initially planned. They prioritized the health of the employees, explains its director. Horizon Forbidden West is now available worldwide for PS5 and PS4 consoles. The long-awaited return of Aloy, this time in the Forbidden West, represents a qualitative and quantitative leap compared to the original work of 2017. Affected by several delays in its development, we have now learned one of the reasons why it did not finally come out end of last year, but in February 2022: avoid crunch; another way of referring to peak work periods where overtime becomes normal for weeks or months. Not always paid.

The studio based in Amsterdam, the Netherlands, intended to reach stores for PS4 and PS5 at the end of 2021, but in the end it was not. Mathijs de Jonge, its director, explained in the Dutch media outlet NU (via ResetERA) that the date change responded, in part, to avoid these situations of labor exploitation. “We are very aware of the disadvantages of the crunch,” he acknowledges, “so We took that very much into account in our planning.”

The manager gives the example of the Christmas period of 2021. Months ago they made the decision that Guerrilla Games would not work during the Christmas holidays. “It is allowed, but we were not going to prevent it,” he underlines when referring to the rest periods of his workers. Vacation means vacation.

“Forbidden West could have come out at the end of last year, but then we would have had to do overtime. People also need to be able to relax and take vacations; for example, to be with family and friends. That also influenced the decision to release the game now”, in February 2022.