Home Entertainment Horizon Forbidden West vs Horizon Zero Dawn: This is How it Has... 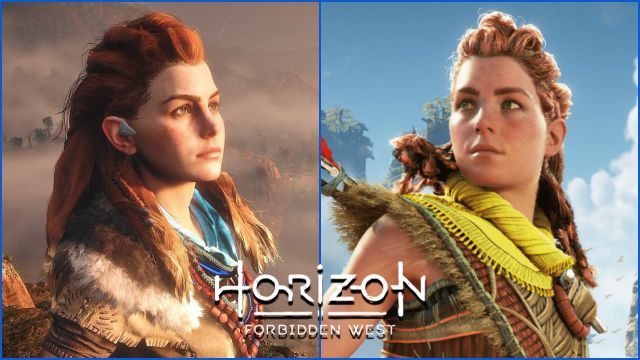 Horizon Forbidden West: A video reflects the changes of this new installment of the Aloy saga at a technical level after the new material shown on PS5. The game remains undated.Horizon Forbidden West was the main protagonist of the State of Play held on May 27. The new title of the Guerrilla Games saga is postulated as one of the new technical ceilings of PlayStation Studios, seen as seen, with improvements in facial animations, stage construction, lighting and polygonal loading in the textures. From the channel of El Analista de Bits we can see in more detail these improvements with respect to the original work, Horizon Zero Dawn.

As he explains, the video of the presentation – which is the one from which he took the footage – runs Horizon Forbidden Wuest in 4K resolution (2160p) and at 30 FPS. Hopefully Sony will unveil the graphics settings for the game later. One of the most notable changes comes in the facial animations, now more expressive and detailed; also the modeled ones, more complex and dynamic.

Apparently, at least in this trailer there were no samples of ray-tracing, although that does not mean that the final game will not have this technology. There is also an increase in the geometry of the environment compared to the original PS4 game, the physics of the water and the variety in the vegetation.

After the State of Play dedicated to Horizon Forbidden West, Sony reconfirmed that the game will be released on PlayStation 5 and PlayStation 4, both platforms, thus dispelling any doubts about a possible cancellation of the version of the veteran domestic platform. Although development is still on schedule, Guerrilla Games has not given a release date; They will offer the release date of the title in the next few dates. “We do not have a release date yet, but development is going well and we will have news very soon,” they said.

The latest official statements we have in this regard is that Horizon Forbidden West will be out in the second half of 2021.

The impact of the State of Play has been such that it has become the most watched event of this format in those dedicated to a single video game. Aloy’s next adventure is set to be one of the big PS5 premieres in 2021, if it finally arrives this year.