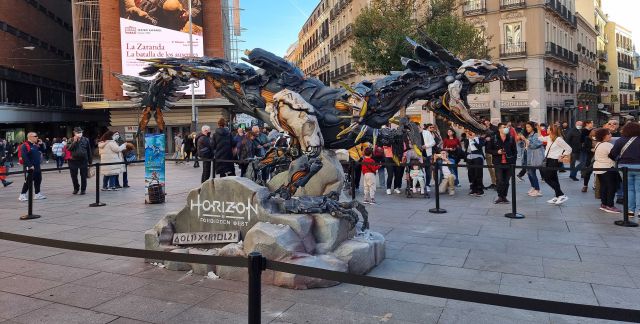 Here is a summary of what the event gave of itself, in which the grand prize was also awarded for the cosplay contest organized in the weeks prior to the release of the long-awaited sequel to Horizon Zero Dawn.

This was the Horizon Forbidden West event

Given the restrictions related to the pandemic, still active around the world, the launch event was held online and all viewers were able to follow it through the PlayStation Spain Twitch channel. With a spectacular musical performance to kick off the meeting, various artists and musicians with costumes set in the Horizon universe appeared on stage to perform one of the main themes of the work. After that, a complete and cinematic trailer for the game appeared on the screen to remind us of the keys to the title at hand.

After this introduction, Alba Horcajuelo and Ipandarina welcomed us and began to present the event. Over the course of an hour and a half, various content creators and relevant personalities appeared, online or in person, to greet the community and celebrate the game’s premiere. Paracetamor, Darío Eme Hache, Aroyitt, Javier Ruescas and Rodri Fáez are some of those who we could see on screen with the hype through the clouds to be able to taste the title soon.

Fortnite reveals the skin of the SypherPK icon

Amazon Prime Video July 2021: El Cid and all the premiere...