Home Entertainment Horizon Forbidden West | The PS4 Version Will Not Limit The PS5... 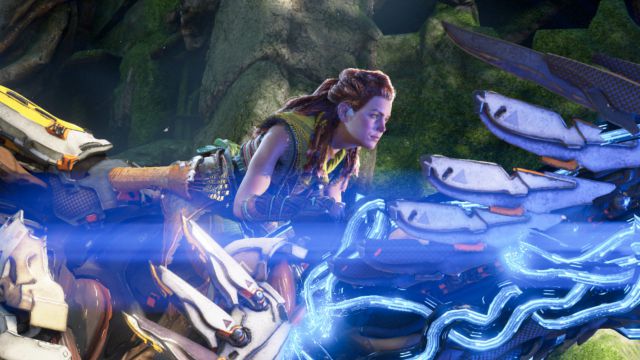 Horizon Forbidden West: Guerrilla Games assured that the game will look “fantastic” on PS4 and they deny that the fact of being a cross-gen title could harm the new generation.Guerrilla Games does not believe that Horizon Forbidden West for PS5 will be harmed by the fact that an edition for PlayStation 4, Sony’s veteran domestic platform, will also be released. After confirming that the game will look “fantastic” on that platform, we now know that the development team rules out any limitation due to this circumstance.

In conversations with Hardware Zone, the title director, Mathijs de Jonge, is clear on his position: “I don’t think the development between generations has been limiting in any way,” he begins by saying. The title began to develop years ago on PS4, where it has been tested in most of its process. It will be on PS5, however, where higher levels of graphic quality and speed in loading times are reached thanks to the SSD memory, added to the haptic technology support of the DualSense and 3D Audio. “On PlayStation 5 we can add much more graphic detail. We can see the little hairs on Aloy’s face, for example. You can also see a lot of detail from afar, ”he adds.

Sony has argued the reason why works such as Horizon Forbidden West, Gran Turismo 7 and God of War Ragnarok (tentative name) will also be released on PS4 after being announced at the PlayStation 5 presentation event. The Japanese company, in the voice of PlayStation Studios boss Hermen Hulst plays host to PS4’s huge installed base of players, which has 115 million users to date. “When it makes sense to develop a title for both PS4 and PS5, we will continue to consider it […] If PS4 owners want to play that game, they can. If they want to go and play the PS5 version, they can too, “he wielded, not without acknowledging that it is also” important to have jewelry for PS5 “, such as Returnal or Ratchet & Clank: A separate dimension, only available on PS5.

Horizon Forbidden West is targeting PS5 and PS4 by 2021

Horizon Forbidden West is coming soon to PS4 and PS5 as one of PlayStation Studios’ big releases of the year. The objective of the study and of Sony itself is that it will be put on sale by the end of 2021, but it is not certain. It is for this reason that they do not want to anticipate a release date yet. They prefer to wait until they know for sure and offer the exact moment when we will start playing the long-awaited sequel starring Aloy, exactly six months after the events narrated in the original work. There will be a performance mode to play at 60 FPS.

Shang-Chi and the Legend of the Ten Rings: leaked the final...