Home Entertainment Horizon: Forbidden West Stars in The Most Watched State of Play of... 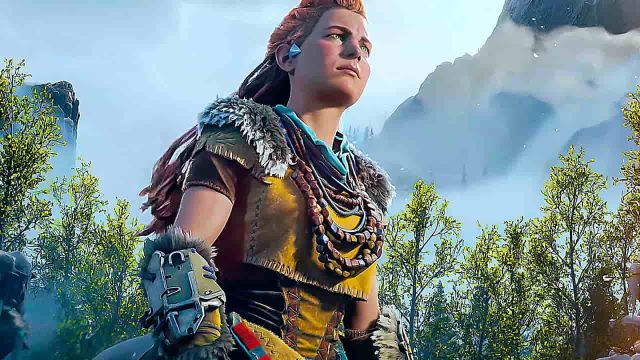 Horizon: Forbidden West needs only three hours to achieve this achievement, already surpassing others such as Demon’s Souls or Ghost of Tsushima.The return of Aloy, already one of the icons of the PlayStation brand, is one of the most anticipated games of this present 2021, and what better way to demonstrate it with figures. Last Thursday’s State of Play, in which the Dutch Guerrilla Games showed almost a quarter of an hour of Horizon: Forbidden West gameplay, is already the most watched in the history of the format, at least among those dedicated exclusively to a single game, far surpassing, for example, the recently seen Ratchet & Clank: A Dimension Apart.

As insider Benji Sales reports on his Twitter account, the most impressive thing about this milestone is that Horizon: Forbidden West has achieved it in just three hours, gathering a number of 2.3 million views in that scarce space of weather. That is more than enough to surpass the 2.2 million views of the State of Play dedicated to the remake of Demon’s Souls, or the 1.9 million of Ghost of Tsushima. Behind these three games that would occupy a hypothetical podium, The Last of Us Part II would arrive with 1.5 million, and Ratchet & Clank: A Dimension Apart with 960,000.

We insist that, as this insider also highlights, that we are talking about State of Play in which we only talk about one game, since there are more watched events although in which several titles were shown.

Be that as it may, we are talking about a very commendable achievement for the new Guerrilla game, especially taking into account having achieved it in such a short space of time. That makes what we mentioned before very clear, and that is that before the already confirmed delay of Gran Turismo 7 until 2022, and the doubts about the launch of the new God of War -Barlog makes it clear that it will arrive “when it is ready” – Horizon: Forbidden West is the most anticipated game for PS5 during this 2021. However, players who have not yet made the generational leap will also be able to enjoy it, since it will also arrive on PS4. Unfortunately its specific release date is not yet known, knowing for the moment that it will arrive in the second half of this 2021.

Kojima says he loves PC as a platform

“Can’t they find someone else?” – Fans Are Outraged After Disney...