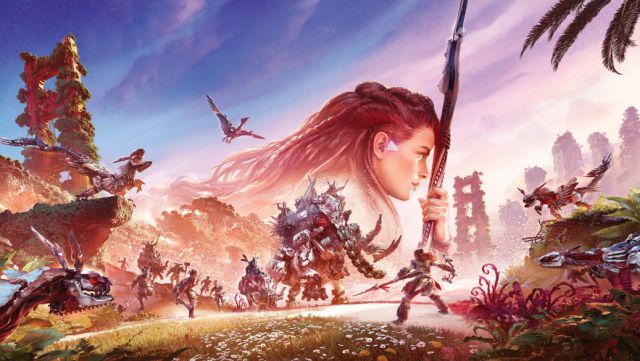 Removed haptic feedback when fast traveling between and near bonfires when rumble intensity is 0.
Fixed multiple places where game items would pop up between different detail levels.
Fixed a cosmetic that had issues with modeling underwater.
Fixed an issue where a blurred artifact would appear around the Heavy Bow when used in combat.
Fixed multiple situations where the camera behaved in an unintended way.
Fixed various scenes where characters in camps were not displaying the correct level of detail when playing the PS4 version.
Improved noise reduction in ambient occlusion.
Reduced the intensity of vignetting on screen when activating surges of valor and when Aloy is low on health.
Fixed multiple crashes.
Fixed various assets suddenly appearing during cutscenes.
Fixed various unintended loading screens that could appear at specific points.
Aloy won’t mention the chest as much now.
Fixed and improved certain localization texts.
Visual and sound improvements during cutscenes.
Fixed an issue where Aloy could freeze in a specific pose when she switched weapons during a heavy melee attack.
Fixed an issue where changing fire controls to R1 would prevent players from being able to throw stones.
Fixed camera issue during end credits.
In the notes we have omitted all the fixes that have to do with main and secondary missions. In this way we avoid revelations about the plot. To read them in full, click on the source.

Remember that Horizon Forbidden West is currently available on PS5 and PS4.

Xbox Game Pass Subscribers Should Play Carrion while They Still Can