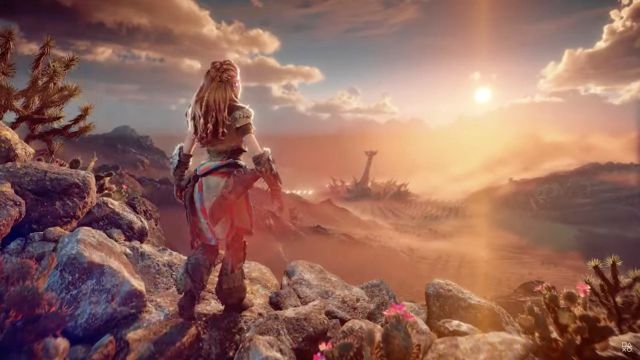 The Guerrilla Games title will arrive on PS5 and PS4 this year, although at the moment we do not have many details about this long-awaited sequel.

Sony continues to put Horizon Forbidden West in the second half of 2021 for PS4 and PS5. The long-awaited Guerrilla Games video game, a direct sequel to the original Horizon Zero Dawn, available for PS4 and PC, is one of the most anticipated productions from the PlayStation Studios label this year; Sony is comfortable with how it has planned the calendar for now.

After learning that Gran Turismo 7 is delayed to 2022, PlayStation CEO Jim Ryan stated in a meeting with GQ that “we feel good about Returnal, Ratchet & Clank: Rift Apart and Horizon Forbidden West.” However, the fourth name that all fans come to mind, the sequel to God of War for PS5, has not been cited in that list of video games with which they feel “good” for its premiere in 2021. It should be remembered that the only information we have about the work of Santa Monica Studio dates back to September 20220, when they said that it will arrive on PS5 in 2021.

For its part, Returnal, the newest Housemarque, will be released in April; Ratchet & Clank: A Dimension Apart, from Insomniac Games, in June; Guerrilla Games’ Horizon Forbidden West, sometime between July and December.

Everything we know about Horizon Forbidden West for now

Recently, Aloy actress Ashly Burch has said that the game will be “more and better” than the first part, although she could not delve into more details. The title will take advantage of the PS5’s 3D Audio to locate the machines, take advantage of the adaptive triggers of the DualSense controller against robotic or human enemies and try to make the most of the Decima Engine graphics engine, which they already used in the original work and Death Stranding by Kojima Productions.

We remember that Horizon Forbidden West will also go on sale on PS4 consoles, Sony’s previous generation machine. Faced with the concern of fans, who fear some kind of creative limitation in the face of this technological ceiling, Jim Ryan himself declared last September that this intergenerational video game decision “has to do with people having options. I am quite happy with the situation ”. In addition, “the PS5 versions of intergenerational games have been created from scratch,” so these next gen versions will not be adversely affected, according to Sony promises.

MotoGP 21 Shows Evolution in Graphics, But Sins in Simulation

Among Us: Play For Free on Nintendo Switch for a Limited...