Home Entertainment Horizon Forbidden West: How To Complete The Kulrut And The Cradle Of... 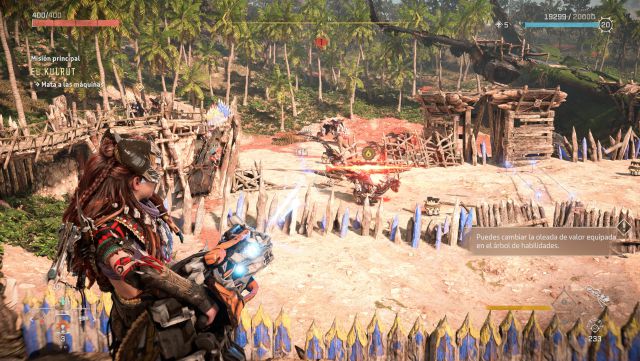 Horizon Forbidden West: We tell you how you can 100% complete the El Kulrut and The Cradle of Echoes missions as part of this complete Horizon Forbidden West guide. Having finished the previous quest and with the SkyClan hopefuls convinced, we can now head to the Kulrut to start the Clan Battle against Regalla’s Clan and a few machines. Our position is high and we have several heavy weapons with which to attack from the barricade. We recommend aiming at the weak points of the adversaries, whenever possible, and concentrating our shots well so as not to waste bullets. We tell you about it as part of this complete guide.

When cleaning the area we will see a scene and the combat will change, so we will have to face a Reptivora. We attack her neck and tail as far as possible while listening to the instructions of the comrade firing from the barricade (move the target away from my position, prepare to shoot, etc.). By managing to finish off the reptile we can now climb the rubble to reach Hekarro’s position and see a scene. After finishing, we simply have to descend through the newly opened trapdoor to pick up Ether and be able to take it back to the base with GAIA.

The cradle of echoes

After completing the previous mission we can start this one immediately. Erend and Varl will accompany us to investigate the ILITÍA distress signal and once there we will have to explore the battlefield, already clear of adversaries after the witnessed scene. We go down the tunnel and explore the large facility until we reach a console where we can enter a number: 237. We will see a cinematic and after that we will have to prepare ourselves to fight against a couple of specters (one inside the base and the other outside). outside, next to Erend). We recommend using acid arrows and taking cover when shooting with his beam cannon.

FIFA Series May Be Renamed Under Another Name Soon