Home Entertainment Horizon Forbidden West: How Big Is It On PS5 And When Can... 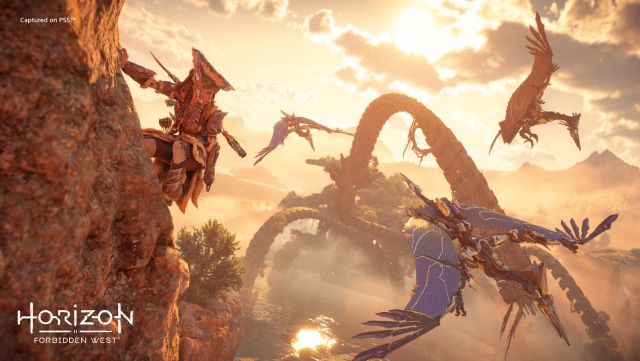 Horizon Forbidden West: Aloy’s new adventure will require about 100GB of free space on your PS5. At least that’s what the PlayStation database indicates. Horizon Forbidden West will take up a significant portion of your internal storage, at least on the PS5 version. As revealed by PlayStation Game Size, a reputed Twitter account that publishes updates in the PlayStation database, Guerrilla’s new work will require at least 96.35 GB during download. This data does not include the disk portion of the release patch.

The same account indicates that some games in the database can occupy more space than in the console, in a range of between 10 GB to 20 GB. Pre-download will begin on February 11, 2022 for all those who pre-order the game digitally through the PS Store. This means that the community will have just one week (February 18) in advance to prepare the game on their console.

Horizon Forbidden West surprised this year with the confirmation of its launch in intergenerational format. In addition to squeezing the capabilities of PS5, PS4 users (which are not few) will have the opportunity not to miss the new chapter of Aloy’s adventures. From Guerrilla they have been silent about what he looked like … until this month of December.

In this link you can see his first four images. When enlarging them, the cut is evident with respect to the new generation version. Resolution, effects and loading distance are some elements that stand out. Of course, keep in mind that it runs on hardware released in 2013. Except for the graphic changes, both versions have the same content and story.

On the other hand, we already know which one of the first destinations Aloy will travel to will be: Cadena Chirriante. Clicking here will reveal what awaits you during the early stages of the game and how the open world has improved.