Home Entertainment Horizon Forbidden West Has Focused “Much” of The Development on PS4; PS5... 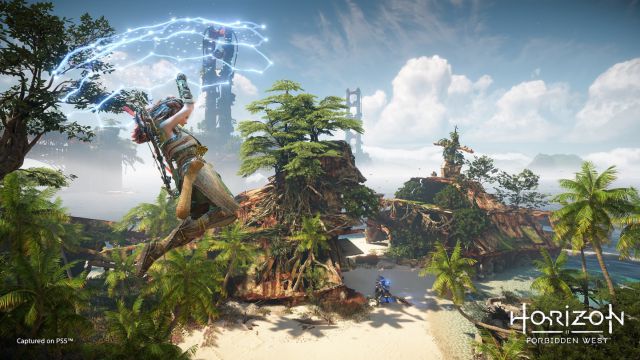 Horizon Forbidden West: Guerrilla claims, however, that they have been able to go “further” on Sony’s next-generation console, PS5.The sequel to Horizon Zero Dawn continues to take shape. The Guerrilla Games game showed its playability on PlayStation 5 during the most recent State of Play, but Horizon Forbidden West will also see the light on the previous generation machine, as confirmed long ago. In an interview with GameInformer, the director Mathijs de Jonge has acknowledged that an important part of the development has focused on PlayStation 4, although the title goes “further” on the new system.

“Much of the development has taken place on the PlayStation 4, and a lot of the testing has been done as well” on this platform, according to de Jonge. “We’re making sure that the owners of that console have a great experience, that the game looks great. On PS5 we can go much further, of course ”.

He says they can add “a lot more detail” when it comes to the graphics. In addition, the rendering technique in the underwater areas “is special” for the most current console. For example, the wave system looks better than the previous machine. On the other hand, “Aloy’s lighting has much more definition.” On lighting, he also points out that some effects are only active in cutscenes in the case of PS4, while the most powerful hardware has them enabled at all times.

“The DualSense controller adds a new sense of immersion,” especially with weapons. Adaptive triggers are not used as specific playable mechanics, but they do contribute to generating certain sensations in the player.

Horizon Forbidden West is scheduled for this year 2021 on PS4 and PS5, although Guerrilla Games are very cautious. They have not announced a more specific date yet, so we will have to wait for the weeks and development to continue to advance.

Condé Nast Has Issued a Restraining Order Against Drake And 21...