Home Entertainment Horizon Forbidden West Details The Use Of The Hook And The Detective... 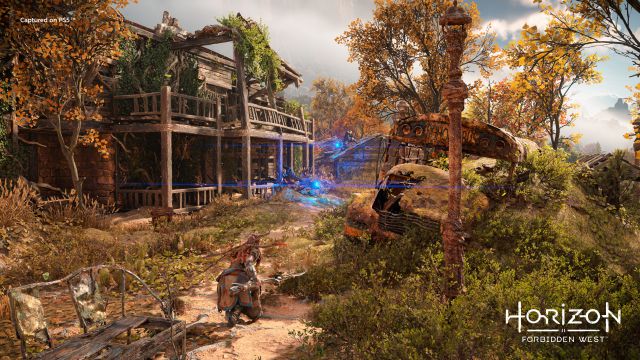 Climbing: there are no obstacles for Aloy

From IGN they reveal what his impressions have been after spending the first hours in the game. They underline the improvements when scaling. If we look back, in the first installment we were able to overcome natural obstacles by clinging only to some small points that marked us (identified in yellow). Forbidden West will not let us climb freely, but the margin of interaction has been greatly expanded.

In general, “a lot more of the rocky terrain can be climbed” organically. That’s where detective mode comes into play. When we activate it, all the points through which Aloy can grab will be marked in yellow. Signs are not permanent on stage, but rather temporarily tell you where you can go without breaking the flow of movement.

The scanning of robots was already common in Zero Dawn, although at that time it was done in a general way. The sequel will allow you to focus on specific points of the enemies using the crosshead; It will be useful to know which parts can be key to gathering the ingredients of that artifact you want to make.

Aloy will increase his tools beyond combat thanks to the hook. With it you can climb to higher points that are not accessible by the natural path. In fact, they can serve as a chain to other abilities. IGN gives the example of jumping off a cliff, flying the glider and launching the hook in another area.

Remember that Horizon Forbidden West will go on sale next February 18 exclusively for PS5 and PS4 systems.