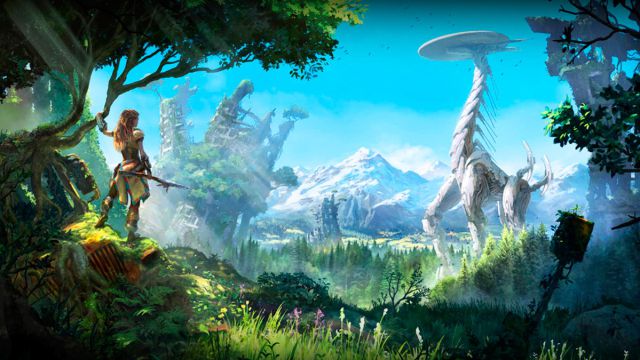 Horizon Forbidden West: Guerrilla Games reports on difficulty modes, sound adjustments, visuals, and other accessibility-related issues. Horizon Forbidden West will have numerous accessibility options, as detailed by Guerrilla Games on the official PlayStation blog. Subtitles are on by default. The size and background can be configured to improve gameplay. The first time the game is started, the language can be selected, both for the voices and for the subtitles. The tutorials on mechanics and controls are found in the notebook, “a great encyclopedia” that contains all kinds of information.

As for the difficulty modes, Guerrilla has designed an experience that adapts to all types of player profiles. There are five modes, ranging from Story mode to Very Hard. “We also added the Custom difficulty level, which allows you to adjust the damage Aloy deals or takes, giving you more flexibility when setting the combat difficulty.”

The new machine hunting system encourages players to loot them fast as they are quickly destroyed. “Since this can be too demanding, we have introduced the Easy Drop system. By activating this option, external resource components attached to the machine are added to the inventory when killed and looted.” It is activated by default in Story and Easy mode and is included as an option in custom.

The controls, all customizable

Horizon Forbidden West introduces control presets, a left-handed option, and fully configurable controls, though they do provide warnings if they spot potential conflicts. The Copilot system, for its part, allows access to a second controller with the same controls. Of course, another command and a second user profile are needed. “It was implemented thanks to the incredible feedback and support of our blind accessibility advisor,” they revealed.

The motion sensors (accelerometer and gyroscope) of the DualSense can be used as an option. “There are sliders that adjust the sensitivity of the movement, as well as adjustments for the dead zone of the analog sticks. You can also quickly switch weapons with a single button press, and swap the functionality of the left and right sticks for character and camera movement.”

The PS5 version uses adaptive triggers and haptic vibration, but adjustments are added such as the intensity of vibration in cinematics, displacement, combat, interface or environment, as well as the possibility of deactivating adaptive triggers when wielding the weapon .

A List of All The Fabulous Films in Which Meghan Markle...