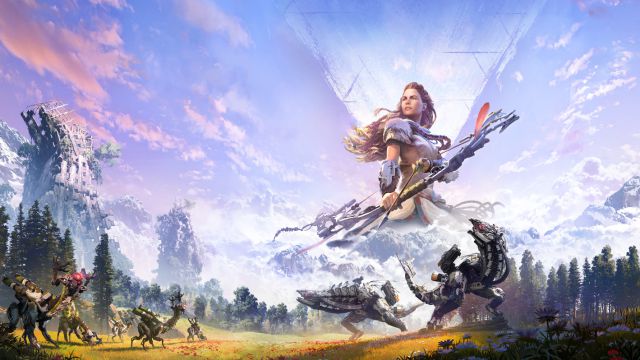 Horizon Forbidden West: We leave you with the complete list of Horizon Forbidden West achievements and trophies on PlayStation 4 and PS5 so you can get the long-awaited Platinum. In Horizon Forbidden West we find a demanding and very extensive adventure, which will last several dozen hours if you want to complete and discover all its sections. In the case of Platinum, the long-awaited definitive trophy that we find in the PS4 and PS5 versions, it will be somewhat complex to get it but luckily it will not have us kicking the Forbidden West in search of collectibles, but rather focuses more on other aspects such as in the fight and in the discovery of everything that the Guerrilla Games title has to offer us. We leave you with the complete list of achievements and trophies as part of this game guide.

Are there any trophies or achievements related to the difficulty level?

It is likely that at the beginning of your game or when fighting against a particularly powerful machine you have asked yourself the question that heads this section. We’re happy to say that no, there are no trophies or achievements related to the difficulty level in Horizon Forbidden West. Therefore, you can modify it at any time and even play in Story mode (the easiest) if you wish, since it will not affect getting Platinum.

All trophies collected: You have collected all the trophies in Horizon Forbidden West.
Reached Level 20 – You have reached player level 20.
Reached Level 30: You have reached player level 30.
Reached Level 50 – You have reached player level 50.
You Have Reached Intimidation: You have reached Intimidation seeking a passage to the Forbidden West.
You have secured the passage of the Embassy: you have cleared the way for the Embassy and reopened the Intimidation.
Attended the Embassy: Survived the ambush at the Embassy and gained access to the Forbidden West.
You have established the base: You have secured a base of operations and have restarted GAIA.
You have recovered ETHER: You have defended the Kulrut and recovered ETHER.
Recovered POSEIDON: Drained Las Vegas and recovered POSEIDON.
You have retrieved DEMETER: You have met the Quen and you have retrieved DEMETER.
Retrieved Beta: Followed Beta’s distress signal and brought her back to base.
You have discovered Faro’s destiny: you have survived Thebes and befriended the Quen.
You have flown on the wings of the Ten: you have flown into combat and defeated Regalla.
Discovered Nemesis: Ended the Zenith threat and discovered Nemesis.
You have chosen who will command the Desert: you have helped Drakka and Yarra, and you have made a decision.
You have saved the Intimidation: You have solved all the problems of the Intimidation.
Helped Kotallo: Helped Kotallo build and test a mechanized arm.
Healed the Wild Gods: Helped Zo restart the Wild Gods to save Cantollano.
Retrieved Alva’s Data: Helped Alva retrieve the data to help the Quen.
First Longneck Sabotaged: Climbed to the top of a Longneck and accessed its information.