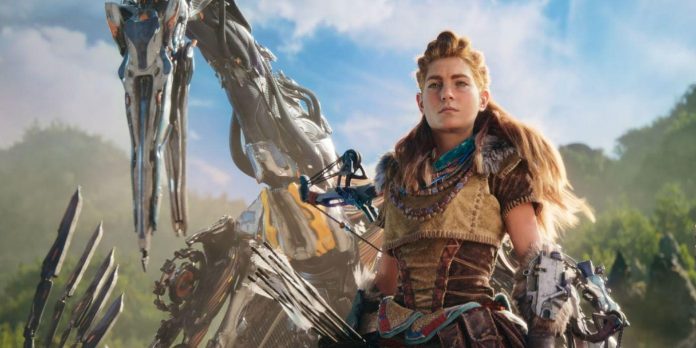 A potential sequel to Horizon Forbidden West has not yet been announced, but if Horizon 3 appears, there is a chance that Eloy will be able to command an army of machines. This feature of the gameplay can be a complex mechanic that will give players more control over the machines than ever before. While Horizon 3 probably won’t be announced anytime soon, the success of Horizon Forbidden West lends weight to the idea that a third installment will eventually be released. Moreover, the finale of the Forbidden West suggests that an army of machines may be Earth’s only hope for survival.

At the end of The Forbidden West, Eloy orders his newly discovered twin Beta to release a machine-building AI known as Hephaestus. Having gained access to a high-tech printing system, the subordinate function creates an army of deadly machines that defeat the villains of the game. The ending of Horizon Forbidden West creates a sequel by introducing Nemesis, an antagonistic AI that is currently approaching Earth amid a huge swarm of machines. If Eloy fights Nemesis in Horizon 3, she may need to take advantage of Hephaestus’ abilities to create and control an army of machines.

The vast terraforming system that restored Earth in the Horizon series is controlled by an AI named GAIA, which Eloy reactivates at the beginning of the Forbidden West. Of all the subordinate GAIA functions that control various aspects of the terraforming system, the engineering Hephaestus is the most antagonistic and difficult to acquire. In Horizon 3, Hephaestus is likely to learn from his previous capture, and obtaining a subordinate function can be a difficult and dangerous task. However, once Hephestus is acquired and integrated into GAIA, it will gain full control of the Cauldron network, which is used for the production of Horizon Forbidden West and Horizon Zero Dawn machines. Preparing for the battle with Nemesis, players could choose which machines to produce and lead into battle. It is also possible that players will be able to summon and direct whole herds of machines at the same time. In addition, some customization feature that allows Eloy to change the appearance or combat abilities of the machines would also be impressive. If Horizon 3 gives players more control over the machines, it could completely change the gameplay of the series.

Eloy can gain control of an army of machines because Earth has little chance of defeating Nemesis without them. Given that Nemesis currently controls a huge swarm of machines and has the ability to produce more when controlling the corresponding objects, it becomes clear that Eloy has little hope of defeating the evil AI without his own army. With Hephaestus and the rest of GAIA’s subordinate functions, the continuation of Horizon Forbidden West can provide Eloi with the means to fight fire with fire. While it’s unlikely that players will be able to summon Slaughterspines at will, perhaps Horizon 3 will offer players more control over the machines than any other game in the series.

Managing an army of machines is an exciting idea that, if implemented, will undoubtedly encourage many players to return to the world of Horizon. While such mechanics may prove difficult and will probably need to be limited to avoid overwhelming players, commanding masses of machines seems like a logical next step for the series. Colliding cars with each other in Horizon Forbidden West is a lot of fun, and we hope that Horizon 3 will raise this feature to a much larger scale.