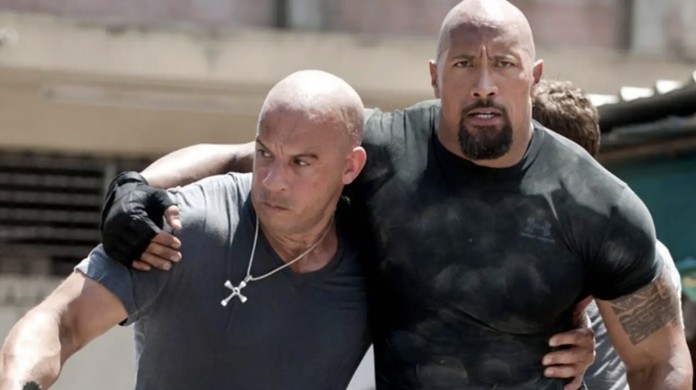 Known to be offended with The Rock, Vin Diesel called on Instagram for the Fast and Furious 10 movie, the finale of the series.

Known as The Rock, Dwayne Johnson announced that he will not be in the Fast and Furious series after the incident. Announcing that it will focus on its own spin-off series, the Hobbs and Shaw series, The Rock has been silent for a long time. In a recent interview with Vanity Fair, The Rock said that Diesel is two different people in mindset who approach the filmmaking business in two different ways. In addition, The Rock, who stated that he was uncomfortable with Diesel’s younger brother rhetoric in the interview, said, “I have an older brother and he is my half-brother.” said.

Vin Diesel shared a photo of him sharing the same stage with Dwayne Johnson, saying, “Little brother Dwayne… it’s time. The world is waiting for the final of Fast 10. As you know, my kids refer to you as Uncle Dwayne in my house. There isn’t a holiday where they and you don’t send your well wishes…but the time has come. Inheritance awaits. I told you years ago that I would fulfill the promise I made to Pablo. I swore we’d be in the best Fast & Furious movie in the finale, Fast & Furious 10! You have to show up, you have a very important role to play, don’t leave the franchise idle. Hobbs cannot be played by anyone else. I hope you will be instrumental and fulfill your destiny.” made statements.

There has been no response from The Rock to the post made by Vin Diesel yesterday. A positive response to this invitation is expected by The Rock.

What do you think about the character played by The Rock in the last movie of the Fast and the Furious series? You can express your thoughts in the comments.

Fortnite: How to get Boogie bombs