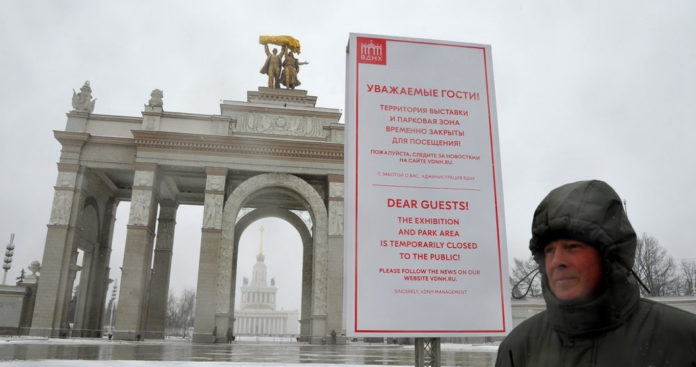 Although the new type of coronavirus, which affects the whole world, continues to spread rapidly, Russia has announced promising news about the epidemic. He explained that 115 people in quarantine have recovered due to coronavirus in Moscow.

Giving the news that pleased the fight against coronavirus, Russia announced that 115 people under the quarantine in the capital Moscow have recovered. 45 of the recovered patients were discharged. It was announced that other patients, whose final controls will be made, will be sent to their homes later. The number of positive test results in Moscow was 1613.

Number of Dead Rises to 22 in Russia
According to the latest data released on Tuesday night, 5 more people died in Moscow due to coronavirus. The age range of the deceased was announced to be between 61 and 74. It was stated that the patients had pneumonia and different chronic diseases accompanied by coronavirus. While there is no explanation about the total number of deaths, there are reports that the number of 17 at noon rose to 22 with 5 deaths. But the official figure announced still looks 17.

Minister of Health: The Outbreak is Coming to the Summit
“Health in Russia is peaking in the coronavirus epidemic,” Russian Health Minister Nikolay Briko warned citizens. Briko said the number of patients will increase over the next few days and then gradually decrease. While the Minister of Health said that the virus was more active on cold days, he announced that the spread of the epidemic was slowed down thanks to the measures taken. On the other hand, 500 new cases have been reported in the last 24 hours. Thus, the number of coronavirus positive cases increased to 2337. It was stated that coronavirus cases were seen in 73 regions.

SEVENTEEN Reveals the Meaning of MV From the Comeback ‘MY MY’

Wi-Fi repeater: models to improve the internet at home