Home Celebrity Hope Solo says: “Her children are her life” after being arrested drunk... 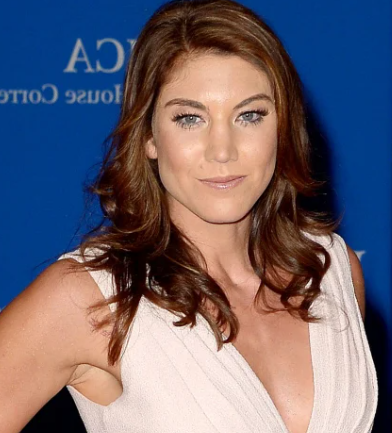 Her side of the story. Hope Solo made a statement about her family after she was arrested for drunk driving with children in the car.

According to police, there were children in Solo’s car at the time of the arrest. She has twins Lozen and Vittorio, 2, from husband Jerrami Stevens, whom she married in 2012. The authorities also accused her of child abuse.

Thursday’s arrest is not Solo’s first run—in with the law. In June 2014, a Dancing with the Stars graduate was arrested and charged with two counts of fourth-degree assault on her sister and nephew, allegedly under the influence of alcohol. The judge dropped the charges in 2018, ruling that the incident was “unlikely to happen again.”

The author of the book “Solo: Memories of Hope” was the goalkeeper of the U.S. women’s national soccer team from 2000 to 2016. Her contract was terminated in August 2016 after she called the Swedish women’s national football team a “bunch of cowards” during the Rio Olympics.

“For 17 years, I have dedicated my life to the US women’s national team and performed the work of a professional athlete in the only way I knew how — with passion, perseverance, unrelenting desire to become the best goalkeeper in the world, not only for my country, but also to raise the sport for the next generation of female athletes,” the Washington native said in a statement. that time. “I have never hesitated in these commitments. And with so much I can give, I am saddened by the Federation’s decision to terminate my contract.”

Solo was part of the USWNT during the 2008, 2012 and 2016 Olympic Games, and also participated in the tournaments of the 2007, 2011 and 2015 FIFA World Cups. Although the USA lost to Japan in the 2011 finals, the former Seattle Rain player received the Golden Glove award as the best goalkeeper.

Beyonce sublime: the Queen poses in a very amazing dress!