Home Entertainment Hooters Waitresses Became Popular on TikTok Because of The Performance of The... 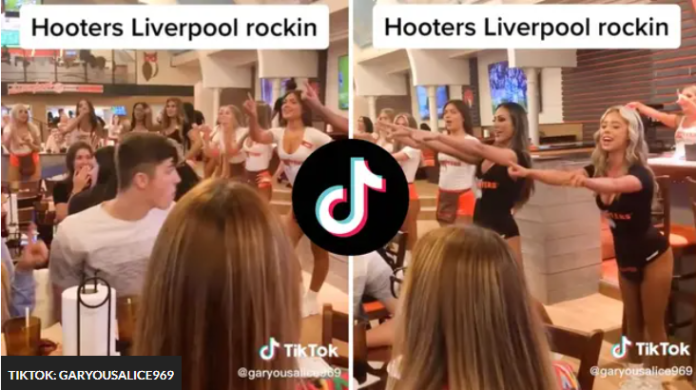 Hooters employees became popular on TikTok after they started singing and dancing in front of confused diners at a new restaurant in the UK.

In the one-minute clip, which has gained more than 1.5 million views, waitresses serenade customers who eat at the new Hooters establishment in Liverpool, in the north of England.

The video shows how the girls gathered around several tables, wearing orange shorts and white T-shirts with the company logo.

During the restaurant service, the waitresses stopped in the middle of the service to suddenly sing their own version of the AC/DC song “You Shook Me All Night Long“.

Then the waiters started clapping their hands, performing choreographed dance moves, and the customers looked confused by the sudden performance.

Many TikTok users called the performance of the song “terrible” and “embarrassing”, stating that they experienced second-hand embarrassment while watching.

“God, it made me turn inside out from embarrassment. I’m on the floor in a tangle right now,” one of them wrote.

“This is the most embarrassing thing I’ve ever seen,” said another. — I’d like to leave.

“No, I would get up and walk straight if I saw this,” commented a third.

“It’s better to eat my dinner in silence than to let them squeal at me,” someone else shared.

Others were confused as to why the Scouse waitresses were singing with an American accent.

The diner, who shared the viral TikTok, defended the Hooters girls in the comments, writing: “There are boring people. There’s nothing wrong with having fun at work. Go, girls.”