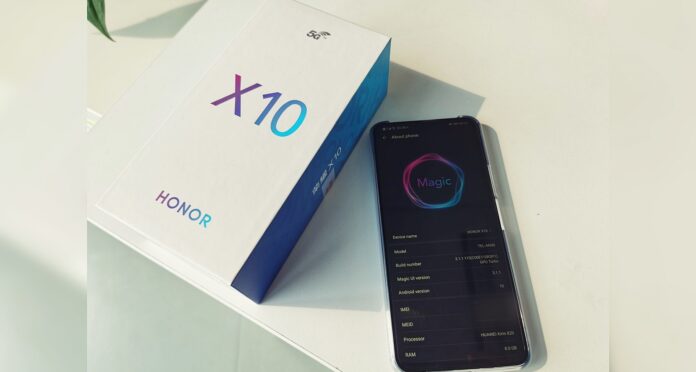 Introducing a new mid-high end smartphone model, Honor is very hopeful of 5G-based phones. The Honor X10 5G, which goes on sale today, surprised everyone in 8 minutes. So what are the details of this incident?

Honor X10 5G sold out in minutes
Serving under the roof of Huawei, Honor is very ambitious against its competitors. Explaining that it has adopted 5G technology, the Chinese company also operates in our country.

Honor announced that its most recent model reached 100,000 sales dams in 8 minutes. Powered by the Kirin 820 processor, this device has a 6.63-inch display.

Its processor has eight cores running at 2.36 GHz. With a screen-to-body ratio of 92 percent, the X10 5G features a 90 Hz refresh feature and is fed at 180 Hz sampling rate for fluid animations.

This sampling rate used in touch-based operations is combined with a 3D design. Offering two options for RAM, 6 GB and 8 GB, the X10 5G also offers two options for storage: 64 GB and 128 GB.

Appealing to gamers, this smartphone also focuses on low power consumption. Paying attention to users’ complaints about charging, Honor uses a 4300 mAh battery for this model.

Finally, what do you think about this model which has 22.5 W fast charging support? Do you think the future of the X10 5G model, which sells 100,000 units, is bright?

Apple will have to reveal its no-charge sale to Procon

How to develop a MEAN web application?