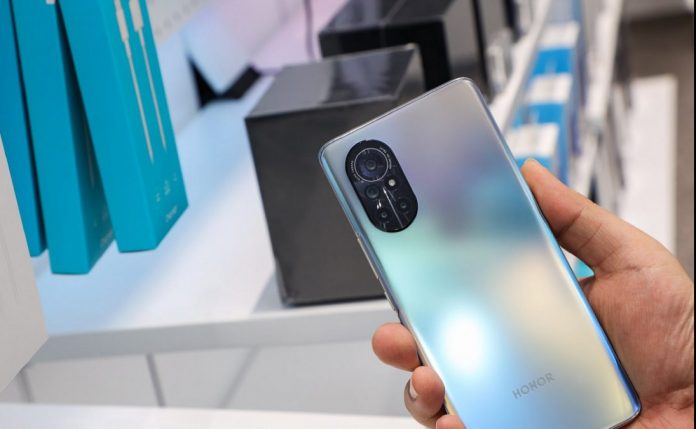 Honor, continuing on its way separately from Huawei, unveiled two new devices in its homeland China. These new devices are named Honor V40 Lite and Honor Tab 7. It should be noted that the Honor V40 Lite is a version of the Huawei Nova 8 5G with a different name. However, it is noteworthy that the processor preference is used in favor of the MediaTek Dimenisty 800U. Honor Tab 7 is an affordable tablet option.

6.57 in. On V40 Lite. sized curved OLED screen. The refresh rate of the Full HD + resolution screen is 90 Hz. The hole in the top center of the screen hosts a 32-megapixel camera. The fingerprint scanner is also built into the screen.

The 64-megapixel sensor is the main camera in the smartphone. An 8-megapixel ultra-wide-angle camera, a 2-megapixel macro camera and a 2-megapixel depth sensor complete the system. Dimensity 800U processor is accompanied by 8 GB of RAM. Internal storage options are 128 and 256 GB. It is not possible to increase the storage space with a microSD card.

It comes out of the box with the Magic UI 4.0 user interface installed on Android 10. V40 Lite’s 3800 mAh battery has 66W fast charging support. The necessary power adapter is also included in the phone’s box.

The phone, whose full name is Honor V40 Lite Luxury Edition, will take its place on the shelves with black, gradient and green color options. 2999 yuan for the 128 GB version of the smartphone and 3299 yuan for the 256 GB version. The phone will be available in China on March 26.

Honor Tab 7, which is an affordable tablet, has a 10.1 inch Full HD + resolution IPS LCD screen. The dual speaker tablet has a 5 megapixel front camera. Helio P22T processor is accompanied by 4 GB of RAM. Storage options are 64 and 128 GB. The storage space can be expanded with a microSD card.

There is a 2 megapixel camera on the back of the tablet. Coming with Magic UI 4.0 user interface based on Android 10, Honor Tab 7 provides the energy it needs with a 5100 mAh battery. The tablet is available in Wi-Fi and LTE versions.

The base version of the Honor Tab 7 will be sold in China for 1399 yuan.