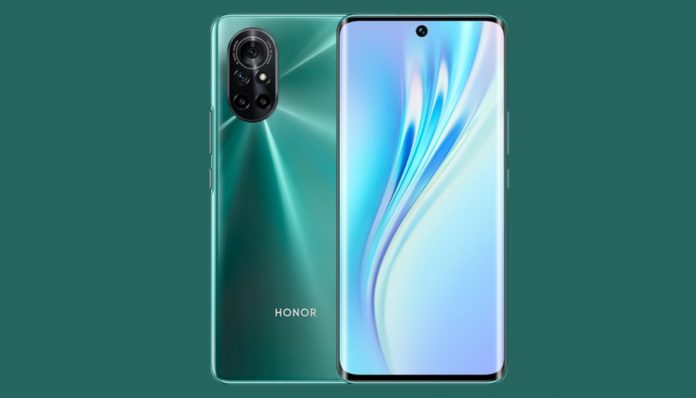 Honor announced the new smartphone device called V40 Light at its launch event today. The company, which left Huawei under the roof of Huawei last year and declared its independence, introduced its mid-segment phone along with the tablet model Honor Pad 7.

Honor V40 Light manages to attract attention with its curved OLED screen. The 6.57-inch device has Full HD + resolution and a high refresh rate of 90 Hz. The phone is powered by the Dimensity 800U processor developed by MediaTek. This processor has previously appeared in models such as Redmi Note 9T and Realme Narzo 30 Pro.

The phone has 8 GB of RAM and 128 GB of storage at the beginning level. This space can be increased up to 256 GB. Unfortunately, the device does not include a microSD card slot for expandable memory. Especially users who take lots of photos and videos need to make a careful choice when buying.

On the front, a 32-megapixel selfie camera greets us. On the back is a quad camera array. These consist of a 64-megapixel main camera, an 8-megapixel ultra-wide angle and two 2-megapixel depth sensors.

If you want to take a closer look at the technical features of the Honor V40 Light, the device promises:

Honor V40 Light comes out of the box with the Android 10-based Magic UI 4.0 operating system. The phone’s 3,800 mAh battery supports fast charging up to 66W. The company, which avoids the reduction of accessories from the box, offers the adapter and cable required for fast charging together with the phone. The price of the phone is as follows …

What are your thoughts on the Honor V40 Light? Don’t forget to share your ideas with us!