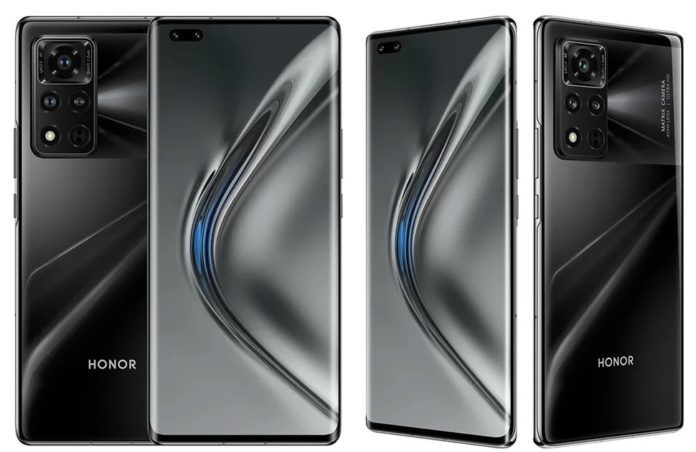 Honor V40 5G was planned to be released today. However, the promotion was postponed to January 22 due to some problems in the field of activity. While the countdown was going on, photos that clearly showed the Honor V40 were leaked.

In the leaked photos, the first thing that strikes the eye is the 50 megapixel rear camera sensor of the Honor V40. In addition, the dual front camera is placed in the capsule-shaped hole in the upper left corner of the screen.

The design of the Honor V40 is very similar to the Huawei P40 Pro. The 6.72-inch screen’s curvature towards the edges also reinforces this similarity. It is stated that the refresh rate of the screen on the Honor V40 will be 120 Hz.

What distinguishes the Honor V40 from the Huawei P40 Pro is the components inside. It is known that the MediaTek Dimensity 1000 Plus processor will be at the heart of the smartphone. It is said that this processor will be accompanied by 8 GB of RAM and 256 GB of internal storage.

Honor V40 will be the first phone Honor will introduce after parting ways with Huawei. Since the development of the V40 started when the two companies were together, Huawei’s influence can be felt, at least in terms of design. It will not be surprising that this effect will subside in later devices.