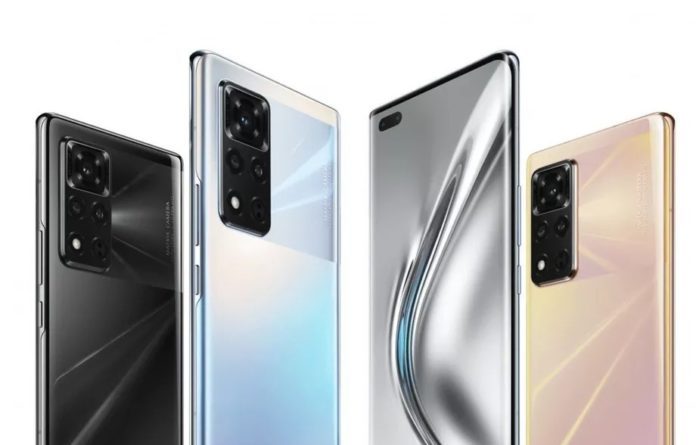 The Honor V40 has finally been officially revealed after a few delays. The 5G powered V40 is the first phone Honor introduced after leaving Huawei and taking control of a Shenzhen-based consortium. The first stop of the smartphone will be China, Honor’s homeland.

Honor V40 5G has a 6.72-inch OLED display. The refresh rate of this screen is 120 Hz. At the heart of the smartphone is MediaTek’s Dimensity 1000+ processor, as seen before. This processor will be accompanied by 8 GB of RAM. The phone’s internal storage options are 128 and 256 GB.

The main camera function is the 50 megapixel sensor in the phone. It is stated that an 8 megapixel ultra wide-angle camera and a 2 megapixel macro camera will also complete the system.

Honor V40 will provide 5G with the energy it needs from a 4000 mAh battery. This battery will appear before users with 50W wireless charging and 66W wired charging support.

Huawei announced last November that it would divest the Honor. This decision was made due to increasing pressures and problems in the management of the supply chain. Operating as an independent brand, Honor was dependent on Huawei in terms of technology. Therefore, the sanctions imposed on Huawei affected Honor to the same extent.

The Honor V40’s development process started while the brand was under Huawei. However, the separation of Honor and Huawei means that the V40 can be sold in the international market via Google Play Services. At this point, it is worth noting that the phone will be opened outside of China under the name View 40. The presence of Google Play Services can give the V40 an advantage in the international market.

How much do I have to pay for the Honor V40?

However, this separation means Honor can no longer benefit from Huawei’s supply chain. The company needs to strengthen its brand a little more and create a separate supply chain.

Pikmin 3 Deluxe is the best selling installment in Japan