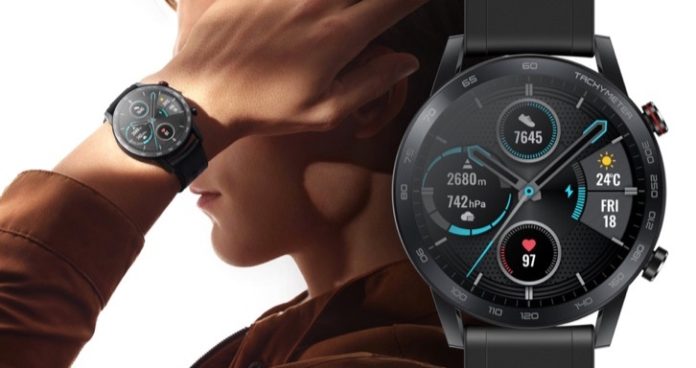 Honor, the sub-brand of Huawei, is generally known for its mid-segment smartphones, but the company also finds itself in the market with its wearable technological products.Although the smartwatch is still new, Honor also introduced a new version of the watch.

Today, new images of Honor MagicWatch 2 Limited Edition have spread on the Internet and the new version of the watch has been officially introduced. Collaborating with multiple artists for the design of the watch, Honor has succeeded in producing new watches with very stylish and unique designs that are independent from each other. Honor, which changed the design on the belts of its new smart watch, also included these unique design elements in the watch.

Honor MagicWatch 2 Limited Edition features
Introduced at an event held yesterday, Honor MagicWatch 2 Limited Edition has almost the same features as its standard version. The smart watch will be released in two different body sizes, 42mm and 46mm. The 42-mm version of the watch has a 1.2-inch (390 x 390 pixels) AMOLED display. The 46 mm version has a 1.4 inch (454 x 454 pixels) AMOLED screen.

Themes inside the watch, powered by the Kirin A1 processor, can be changed through the Huawei Health app. For now, although there are few themes in Huawei Heath app, approximately 85 new designs will be available as of February 2020. Honor states that he chose these themes from the 1,400 themes coming to a worldwide event. It is not known when the new smartwatch will be released or what price tag it will have. The standard version of the device can be purchased between $ 155 and $ 170 depending on the size.

Galaxy S21 Plus on stage: here are the specs and price