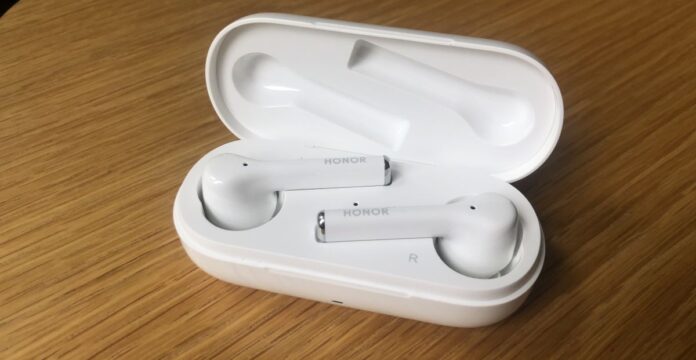 Smartphone maker Honor launches its first fully wireless headset, Magic Earbuds, across Europe. We can say that the hybrid active noise canceling feature of the device is one of the most remarkable features.

Chinese smartphone maker Honor launches its first fully wireless headset, Magic Earbuds, in Europe. Users in some countries such as the Netherlands, Italy, France and Germany will be able to purchase the headset with some special offers. The most prominent feature of the headset is undoubtedly the hybrid active noise canceling feature. Minimizing the outside sound, the headset offers an effective sound experience to its users.

In this hybrid active noise canceling feature, there are two microphones on the outside of the headset that provide the direction of the sound, and on the inside, a microphone that eliminates background sounds up to 32 decibels. In this way, the earpiece, which does not give noise to the ear, makes its users happy by offering a higher quality sound experience than normal.

Magic Earbuds offers 3.5 hours of continuous music:
Magic Earbuds has a 10mm driver unit. The company claims that this unit will create strong bass and clear highs. The driver unit forms a highly sensitive diaphragm; its purpose is to provide uninterrupted audio signal transmission to listen to live, clear and balanced music. The combination of this effective driver unit and active noise cancellation is thought to be satisfactory.

The headset’s charging case weighs just 51 grams, while each headset weighs 5.5 grams separately. Using Bluetooth for connection, the device will be able to play 3.5 hours of continuous music on a single charge, according to Honor. With the charging box, this time can be up to 14.5 hours.

The European selling price of the device is set at 99.90 euros, but users in the Netherlands and France can purchase the Honor Band 5, which is normally sold for 29.90 euros for free until May 18, when they purchase the headset. Until May 13, the headset will be sold at a discount of 10 euros in Germany and 20 euros in Italy.