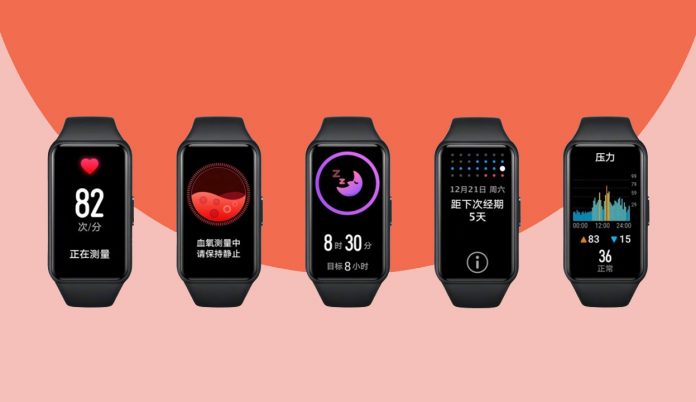 Honor Band 6 smart bracelet device was introduced in China last year. Having parted ways with Huawei and declared its independence, the company has now announced its new wearable technology product to the global market.

Listed at the CES 2021 event in January, the Honor product was launched as the world’s first full-screen fitness bracelet. The device, which attracts attention with its elegant design, has already become the center of attention. With its qualified features and ideal retail price, the phone has burned a signal to the global market. The release date of the device has become clear.

Honor Band 6 with a durable battery life of up to 14 days!

The smart bracelet that comes with a 1.47 inch AMOLED display has 194 x 368 pixels and 2.5D glass resolution. It comes with a thin Honor logo on the left and a red highlighted power button on the right. The wearable tech gadget appeared in black, gray, and pink color options.

Unfortunately, GPS support is not included in the wearable device with Bluetooth 5.0 connection support. However, it has features such as an accelerometer, gyroscope, optical heart rate sensor and SpO2 (which measures the oxygen level in the blood) sensor. In addition, Honor Band 6, which supports 10 different sports modes, has additional functions such as sleep monitoring and menstrual cycle tracking. Apart from that, it has 5 ATM water resistance and has a durable battery life of up to 14 days on a single charge.

Going on sale globally on Sunday

The sales price of Honor Band 6, which will be available in three different colors, has been announced. The device will come to the shelves for 49.99 Euros.

The smart bracelet, which will start shipping worldwide for the first time on Sunday, March 28, will be listed primarily in AliExpress stores. It will then take place in other retail sales platforms.