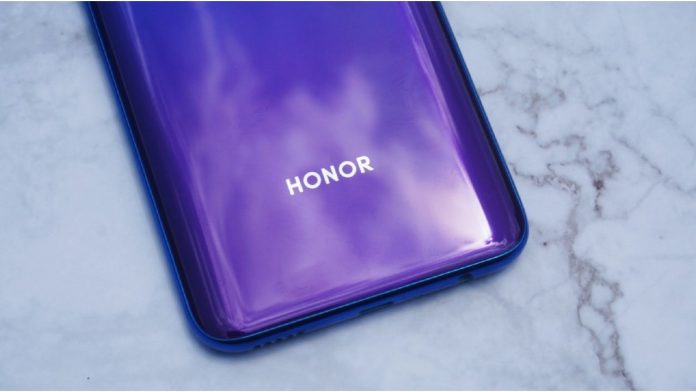 Honor 50 series is coming. Honor, founded as a sub-brand of Huawei but later sold to a Chinese consortium, is back with new models. The company, which gained its independence, started preparations to introduce the first global flagship Honor 50 series.

The company, which introduced the V40 model for China at the event held in January last year, is now counting the days to introduce the Honor 50 series.

According to an emerging poster, the Honor 50 series will be promoted at an event to be held on May 21. The company, which is expected to introduce more than one phone, emphasizes the camera design in the poster. The camera protrusion, which is quite similar to the Huawei P50, stands out with its size. The camera and other hardware features of the phone are currently unknown. However, Honor is allegedly working on a model that uses Snapdragon 888, unlike the Chinese version of the device with Dimensity processor.

Another issue that attracts users’ attention is Google services. Honor, which has had a very difficult time due to the US embargo, has had to use Huawei Mobile Services on the models so far. However, it is a matter of curiosity whether the Chinese technology company, which is now freed from the embargo restrictions, will use Google services.

Some of the drawings that emerged with the Honor 50 series revealed another very interesting detail. While the two small cameras at the bottom caught attention in the drawings, the huge camera at the top and the ring-shaped object in the drawings attracted the attention.

One of the models allegedly introduced will have a modular design instead of the traditional camera design. The phone, which is expected to be compatible with a magnetic lens, will gain many new functions thanks to these removable lenses. This feature we see in DSLR cameras will be a first in smartphones. It is a matter of curiosity whether the company, which is preparing to introduce its first flagship after the separation, will be successful.

So what are your thoughts on the new Honor 50 series? Will the company leaving the Huawei umbrella be successful with its new phones? Do not forget to share your opinions with us in the comments section.