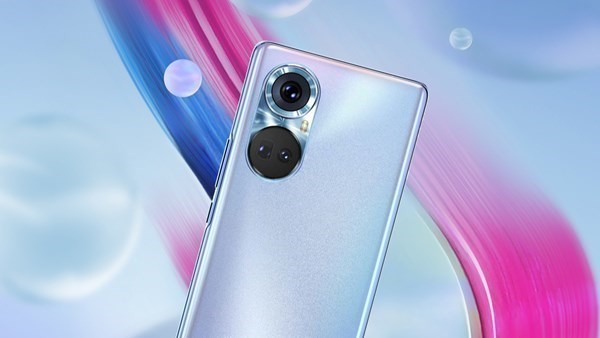 Honor 50 series will debut on June 16. Here, Pro and Pro Plus versions are expected to accompany the standard model. The Honor 50 is expected to have a Snapdragon 778G processor, the Pro to have a better camera, and the Pro Plus to have four cameras and 100W fast charging support.

It was possible to see the Honor 50 and its Pro version before thanks to leaks. Pro Plus, on the other hand, showed itself with the official shares of Honor. New videos and photos have also surfaced showing the quad-camera Pro Plus.

It is possible to see the 50 Pro Plus in four different color options in the photos. It should be noted that all four of these colors look impressive. Even the glow of black, which can be described as boring, draws attention. The brightness of the gray, green and gradient color options is also striking.

On the lower edge of the smartphone, there is a speaker grill and a SIM card slot, as well as a USB-C port. The absence of a fingerprint scanner confirms the claim that the smartphone will come with an AMOLED display and that the scanner will be built into the screen.

Until the launch day of the Honor 50 series comes, it will not be a surprise to reveal new details about the members of the series.