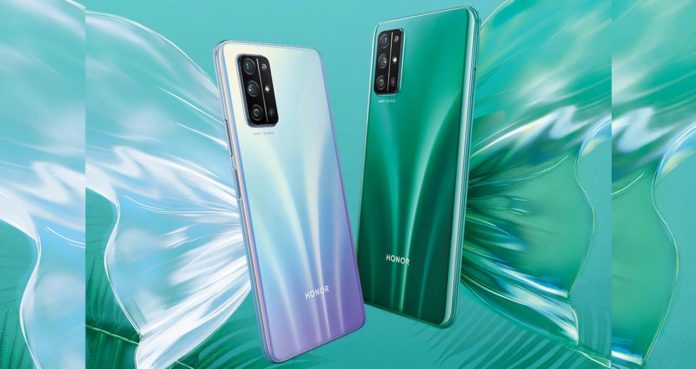 A promotional image of Honor 30S, which is part of Huawei, was shared yesterday. Details of the camera features and design of the smartphone, which will be officially introduced on March 30, are clearly visible.

Honor 30S features
We made the news that the features of the device have been leaked recently. It was clear that the processor of the phone would use the Kirin 820 chipset with 5G support. The device will derive its power from this chipset, which is often used on high-end phones and competes with the Snapdragon 765G. The graphic supporter of the Kirin 820 chipset is Mali-G77

It is known that the fingerprint sensor of the device will be located next to the device.

We can see the camera and design features of the phone, which reveals that it will be a strong rival among mid-segment phones in terms of hardware, in the new shared poster.

According to the visual that reveals the camera features of the device, the Honor 30S has a L-shaped quad camera on the back. It is also remarkable that it has 64MP main camera and 3X optical zoom.

It is obvious that it will offer at least two color options, and the green and blue-purple mix will have another color.

Cityhawk, An Electric Flying Car Without Wings That Already Takes To...