Home Entertainment Honkai Impact 3rd will have a collaboration event with Genshin Impact this... 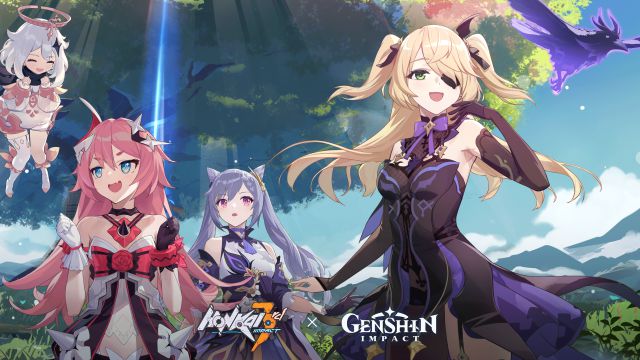 Honkai Impact: miHoYo officially announces a collaboration event between two of his works: Honkai Impact 3rd and Genshin Impact, for this coming summer. Summer is coming and the same also happens in the special thematic events of various games such as Genshin Impact, among others. It is one of the best games that we can enjoy this year 2021 on Android, something that it shares with another miHoYo title such as Honkai Impact 3rd. In fact, the company has officially announced a collaboration event between the two titles, which will see the arrival of several key characters from the magical world of Teyvat to the 3D action title. We tell you everything we know about it, below.

This will be the collaboration event between both games

In a video posted on the game’s official channel, the teams working on Honkai Impact 3rd and Genshin Impact offer more details about the backstory of this event, the challenges they faced during production, and their final presentation. . On the one hand, the team working at Genshin Impact expresses their hope to promote quality miHoYo content with this crossover, while the Honkai Impact 3rd team shares that the most difficult problem they faced was maintaining the identity of Fischl as they adapted their fighting style.

Something important to note is that Fischl’s character will be the first real archer in Honkai Impact 3rd. Unlike how it works in Genshin Impact, its gameplay in Honkai Impact 3rd relies on targeting weak points, something that allows players to increase damage and hit feedback by targeting enemy weak points before firing. The team has also updated Oz’s models, animations, and special effects to give Fischl a greater presence and unique charm.

Beyond Fischl, another popular character such as Keching from Genshin Impact will also appear in the crossover. In his case, he will be a special guest character that can be fully controlled in specific story battles. Finally, they have ensured that Theresa’s outfit will be available in the game.

In the absence of knowing more details and specific dates for the arrival of this crossover, we know that it will arrive in version v4.9 to iOS, Android and PC. From miHoYo they add that more details will be revealed soon, so we will be waiting to know everything about it.