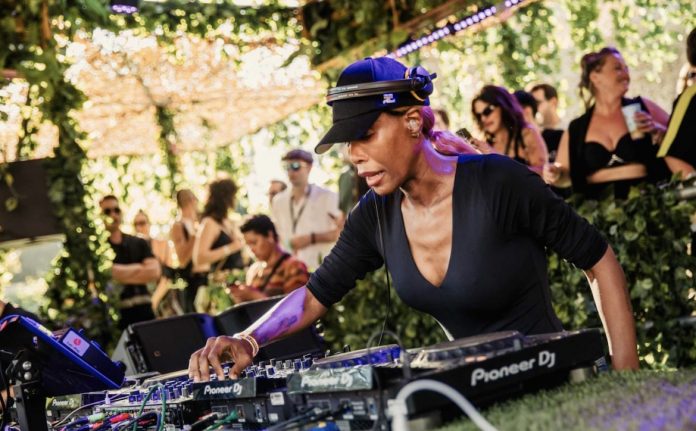 The album includes collaborations with artists such as EVE, Josh Cafe, Mike Dunn, Hadiya George and others.

Honey Dijon has announced details about her upcoming album “Black Girl Magic” after the release of the new single “Show Me Some Love”.

“Black Girl Magic” is due to be released on November 18 via the Classical Music Company label. “Show Me Some Love” was released earlier this week and features the Tres Channel and Sadie Walker.

The album consists of 15 tracks and collaborations with artists such as Eve, Josh Cafe, Mike Dunn, Hadiya George and others. Previously released singles from the album include “Work”, “Not About You”, “Downtown”, “Beyond the Edge”, “Fantastic Woman” and “Love Is A State Of Mind”.

Speaking about the album, Dijon said: “This album is about love. Love for music, community, but most of all love for yourself. To be true to who you are, no matter what, and to have the courage to love fearlessly.”

British sculptor Jim Sutton designed the album cover, which features three-dimensional sculptural digital images of Dijon. “It was a pleasure to collaborate with Honey on a series of sculptures,” Sutton said of his work on the project. “Honey visited my studio, where we spent the whole day discussing life and creativity. During this time, I conducted a series of studies of the shape using 3D scanning.”

Elsewhere, Dijon is due to start working at the Berghain Panorama Bar in October. The first Jack Your Body event will take place on October 28 with the participation of Luke Solomon, Josh Cafe and Suzy Joe. The residency will include three more concerts in 2023.

“This is a celebration of music without borders for all the spectra of the dance floor,” Dijon told Resident Advisor. “From future talents to famous artists, it will be an extravaganza of house music!”