Home Tech Holland, his reaction to learning that he will be Spider-Man 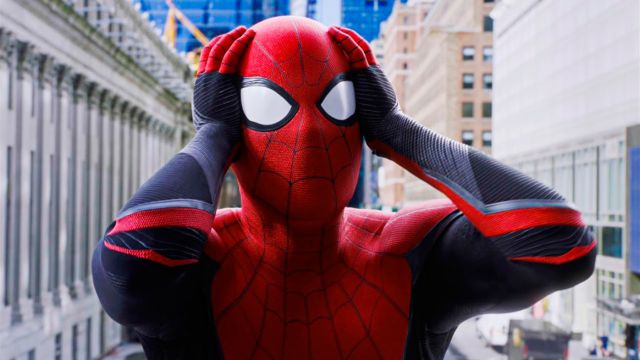 Tom Holland, the famous 24-year-old British actor who currently plays Peter Parker in the MCU and who will soon play Nathan Drake in the adaptation of the video game saga Uncharted, has explained in an interview with the medium Variety the tough and long casting process to be chosen Spider-Man in Marvel Studios, including a crazy outcome with the confirmation that, indeed, he was chosen to appear in Captain America: Civil War as the new Spider-Man.

He found out about his choice unexpectedly

“He’s weird. The audition process was horrible. It was seven months of audition. I must have done six auditions and they don’t tell you anything. There were me and six other young people. Robert Downey Jr. was there, so we all tried him, which was crazy. It’s the best audition I’ve ever done, he and I were making fun of each other. My agents told me that Marvel likes you to learn the phrases perfectly, you can’t improvise. And then in the first take, Robert Downey Jr. completely changed the scene. We started riffing each other, I mean, sounding a bit dumb. Then I called my mother and said, ‘I think I have it,’ ”Holland explains.

A month and a half later, the actor was summoned to a new camera test, this time, with a match with Chris Evans, Captain America in the MCU. “They flew us back to Atlanta, another guy and I were there, and we did this scene which, well, it was surreal,” Holland confesses. “At the time, it had been an incredible enough experience that if he hadn’t gotten the part, he would have felt like at least he had accomplished something to get to that point. I went out to play golf with my father. I lost and was upset, and I remember picking up my phone and checking Instagram, and Marvel had posted a picture of Spider-Man. And at this point, I had assumed that I did not have it, because no one had called me, “continues the actor.

What was the surprise when he soon after he found out about his choice in the most unexpected way. “I got on the computer, and my dog ​​was sitting next to me. I put ‘Marvel’. Well, I still have that article on my laptop. It said something like ‘We would like to introduce our new Spider-Man, Tom Holland.’ I broke my computer, because I threw it into the air. He fell next to my bed and my dog ​​went crazy. I ran downstairs. And I yelled at my family, ‘I got the part! I got the part! Obviously all of this happened at the time Sony was hacked, so my brother Harry, who is quite tech savvy, said, ‘No. There is no way that is real. They would have called you. They have suffered a hacker attack. ‘ And then at the end, the studio called me and broke the news. It was very strange how it all happened ”, concludes Tom Holland.

Tom Holland is currently filming Spider-Man 3 in Atlanta, whose filming we were able to see recently through several leaked photos, with the Spidey suit included; the film is expected to open in December.