Home Science The hole responsible for the Devonian extinction 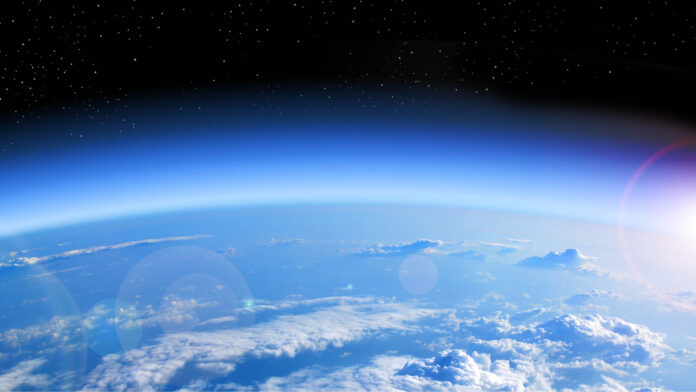 Earth has experienced several episodes of mass extinction. Caused by asteroid impacts or major volcanic eruptions. But one of them still remained without explanation. Researchers may well have found the cause now in a momentary disappearance of the ozone layer.

The impacts of asteroids – like the one that led dinosaurs to their loss about 65 million years ago – and major volcanic eruptions – including the one that destabilized our oceans and our atmosphere some 250 years ago million years – are the two major causes of mass extinction on Earth. (Without counting now the human activities responsible for the sixth in progress.) But researchers at the University of Southampton (United Kingdom) believe today that another phenomenon has already, in the past, caused a massive extinction on our Planet: a brief disappearance of the ozone layer.

Recall that 359 million years ago, at the end of what researchers know as the Devonian geological period, the Earth was just recovering from one of its most important mass extinctions, which occurred 12 million years earlier. The fish timidly emerged from the water. While spore plant forests flourished. Our Planet, meanwhile, was emerging from one of these most intense ice ages. Temperatures were skyrocketing. And the Earth had to face a new extinction. Apparently for no reason.

But researchers at the University of Southampton found evidence, in rocks collected in the mountainous regions of eastern Greenland and the Andes, that could indicate high levels of ultraviolet (UV) radiation during this period. . Evidence that global warming can deplete our ozone layer.

A hole in the ozone layer caused by global warming

By dissolving these rocks using hydrofluoric acid, they indeed released microscopic plant spores stored there for millions of years. And a microscopic examination showed strongly pigmented structures and walls – like a “tan” – betraying damage linked to the action of UV radiation. Which led the researchers to conclude that during this period of natural warming, the ozone layer – which usually protects the Earth from UV rays – was damaged for a short time. By injecting unusual amounts of water and salts into the stratosphere. Life on our Planet has been exposed to harmful levels of radiation, triggering a mass extinction event, on land and in shallow waters.

This episode is far from trivial in the history of the Earth. He exterminated most of the tetrapods, those four-legged fish that had started to form fingers. Only the terrestrial five-fingered individuals survived. “The archaic lineages were literally out of the game. Something to reconsider our own evolution, “said John Marshall in a statement from the University of Southampton.