Home Entertainment Hogwarts Legacy State Of Play: Date, Time And How To Watch It... 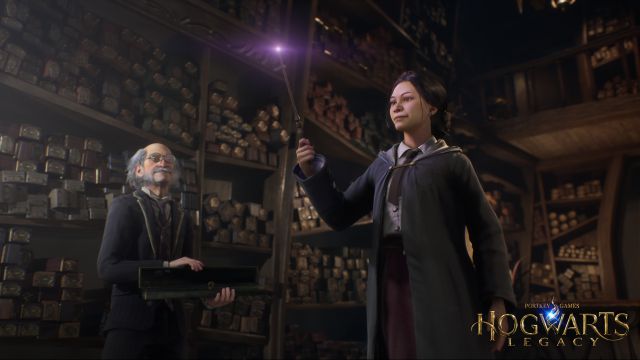 Hogwarts Legacy: We’ll tell you what time and how to watch Hogwarts Legacy’s State of Play streaming live online today, March 17, with gameplay of the game. Hogwarts Legacy is one of the most anticipated video games today. After its official presentation back in June 2020, the long-awaited RPG title based on the 19th century from the Harry Potter universe will show its magic in a State of Play during the night of this Thursday, March 17. If you’re looking forward to seeing what Warner Bros. Games has to show us about the project, including an extensive gameplay trailer, keep reading: we’ll tell you what time it starts, how and where to watch online streaming.

Hogwarts Legacy will present 14 minutes of gameplay in the State of Play: time and duration

The Hogwarts Legacy State of Play will begin at 10:00 p.m., Spanish peninsular time; 3:00 p.m. in Mexico City. Avalanche Software and Warner Bros. Games summon us for a total of 20 minutes of presentation. Of that total duration, more than 14 minutes will be of gameplay from the game captured on PlayStation 5.

The rest of the footage will be led by members of the development team, who will explain what awaits us in this exciting RPG with a multitude of exploration and character customization options. To see the Hogwarts Legacy State of Play live, simply connect at 10:00 p.m. (peninsular time) from the PlayStation Twitch or YouTube portals.

Hogwarts Legacy will immerse us in an open world set in the world of the Harry Potter saga, only in the 19th century. Our character is an aspiring student wizard or witch. At his side, we will explore exciting places, fantastic animals and customize his attributes and abilities so that he masters all kinds of spells and talents. We are all invited to Hogwarts School of Witchcraft and Wizardry. Will they give us a release date?

Hogwarts Legacy is planned for 2022 on PS4, PS5, Xbox One, Xbox Series and PC consoles.

What time is the Hogwarts Legacy State of Play in Spain and Latin America?

Sabrina’s Dark World: series to be continued in the comics

The Witcher: This has been the showrunner’s biggest regret in the...