Home Entertainment Hogwarts Legacy Quest will be exclusive to PlayStation for at least a... 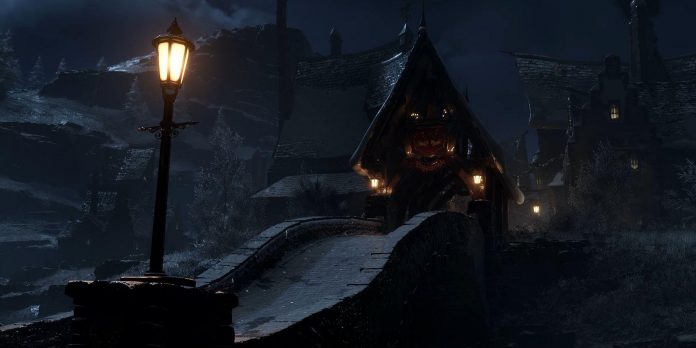 New information shows that the PlayStation-exclusive quest “Legacy of Hogwarts” will not appear on other platforms for at least a year. Hogwarts Legacy is scheduled to launch next year on February 10 on PlayStation, Xbox and PC, but it has a quest available only to PlayStation users for a certain period of time.

This quest was originally announced at Gamescom 2022, and the developer showed it in a new trailer at the last State of Play presentation. The quest is called The Haunted Hogsmeade Shop and looks like a horror. The State of Play trailer revealed that it has an additional dungeon, access to the Hogsmeade game store, and a Shopkeeper’s cosmetic kit. This quest looks quite informative and interesting, but fans on other platforms will have to wait at least a year for it.

At the end of the new Hogwarts Legacy trailer, it was revealed that The Haunted Hogsmeade Shop quest will be exclusive to PlayStation buyers until February 10, 2024. This date is set exactly one year after the initial launch of the game, so it is assumed that PC and Xbox players will have to wait until then before they can play the Hogsmeade quest. Even in this case, the exact date of its release on other platforms is not specified, so more time may pass before the quest becomes available.

Sony is known for having exclusive content in major AAA games, possibly to encourage users to buy the PlayStation version of the game. Just a few hours ago, Activision introduced exclusive Call of Duty: Modern Warfare 2 content for PS4 and PS5 users. PlayStation buyers will get access to the exclusive Oni Operator Pack in Modern Warfare 2, and this deal is also valid throughout the year. Thus, fans on other platforms will have to wait at least until October 27 next year to get Oni Operator. A similar incident occurred with the release of Marvel’s Avengers, when Spider-Man was announced as an exclusive character for the PlayStation version of the game.

Apart from the exclusivity news, the hype around Hogwarts Legacy seems extremely high, as the game is coming out in just a few months. This isn’t the only major game to be released in early 2023, as February seems to be full of exciting games. Destiny 2: Lightfall, Dead Island 2 and Like a Dragon: Ishin have joined the Hogwarts Legacy! among other things, but any of these games can be postponed from the set release date.

Ezra Miller is Reportedly Meeting with WB Discovery Executives to Save...