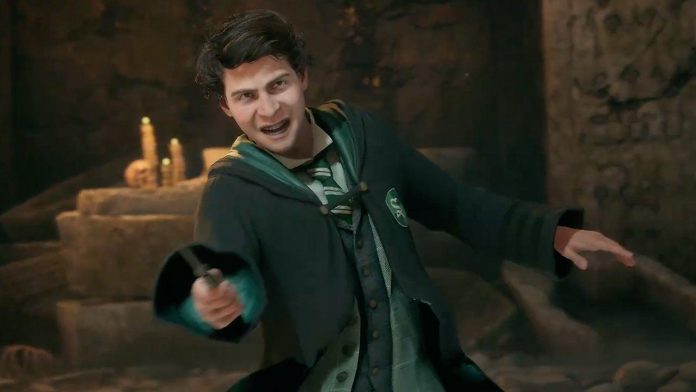 Hogwarts Legacy has demonstrated a new gameplay in which students explore the roots of Salazar Slytherin, encounter dark magic and fight zombies.

The gameplay trailer shown at the Gamescom Opening Night Live event shows two students exploring the catacombs of Slytherin, and then, a little frighteningly, they are given a choice on which of them to impose a Crucio (painful curse).

Then we see a fiery battle with zombies, a ladder strewn with bones, a troll and, since this is Hogwarts, an adult who seems very upset because students are snooping around.

The game also had a Deluxe Edition bonus, the Dark Arts package, which you can see below:

After many leaks, a “Hogwarts Legacy” was announced in 2020, but it was later postponed. Its release is scheduled for February 10, 2023. The action takes place long before the events of the Harry Potter films. Players will spend time in class, exploring Hogwarts and fighting a nasty goblin named Ranrock.

The game sparked a discussion about its connection with the author of Harry Potter J. Rowling, who in recent years has become known for her transphobic comments. Warner Bros. she stated that the author has no direct relation to the game, but the management stated that “she has the right to express her personal opinion.” Since then, reports have said that the game will allow the creation of transgender characters.

The Legacy of Hogwarts – Gamescom 2022

He is no longer an old green tail: This is what...