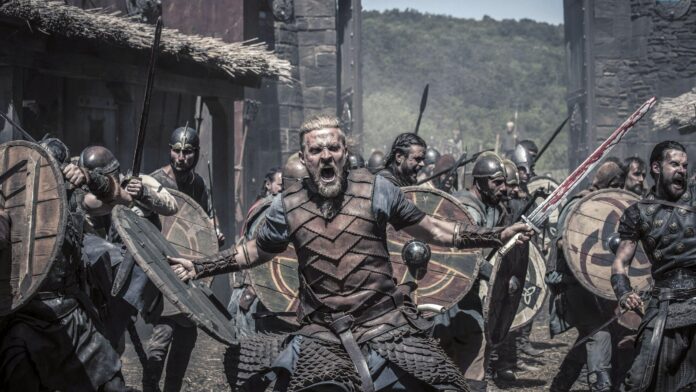 History Channel’s Vikings and Netflix’s The Last Kingdom cover much of the same terrain: both are set during roughly the same time period (the 9th century), they deal with basically the same theme (the Viking invasions of England long after the Empire’s collapse). Roman, when England was divided into many small kingdoms) and they even share some of the same characters.

Both shows have at least two important characters in common. On the Saxon side, there is King Alfred the Great, a real life English king who successfully defended himself against various Viking attacks. In The Last Kingdom, he is played by David Dawson. In Vikings, he has been played by various actors, but is currently played by Ferdia Walsh-Peelo.

Then there is Viking warlord Ubba, played by Rune Temte in The Last Kingdom and Jordan Patrick Smith in Vikings. This real-life figure was among the commanders who led the Great Pagan Army in an invasion of England in the 860s.

But the way the shows use these characters is very different. Take Ubba, who in The Last Kingdom is a brutal assailant. In Vikings, his name is slightly changed to “Ubbe” and he is depicted as a thoughtful hero.

It’s probably because The Last Kingdom focuses on the Saxon side of this story, while Vikings focuses on … well, it’s probably pretty obvious: Ragnar Lothbrok. At this point in history, the Scandinavian raiders would not have been known as “Vikings.” At the time, it was still a verb. You “became a Viking”, but you were not a “Viking.”

King Alfred presents even more complications. When we meet him in The Last Kingdom, he is a grown man, but he has spent most of his time with the Vikings as a child, and has recently grown into a young man.

The Haunting of Bly Manor: Showrunner