Bitcoin, which could not get enough of the records, this time excited the crypto money market with its historical weekly closing value. BTC reached a new ATH with a weekly close of over $ 24K.

Bitcoin has brought a new breath to the crypto money market with its great performance and new weekly closing value in the last week. The crypto money, which managed to rise from $ 19 thousand to $ 24 thousand, broke a new record with the weekly closing on December 20. BTC, which acquired a new ATH with a closing value of over $ 19,000 in the first week of December, and excited investors, this time with a new record over $ 24,000. 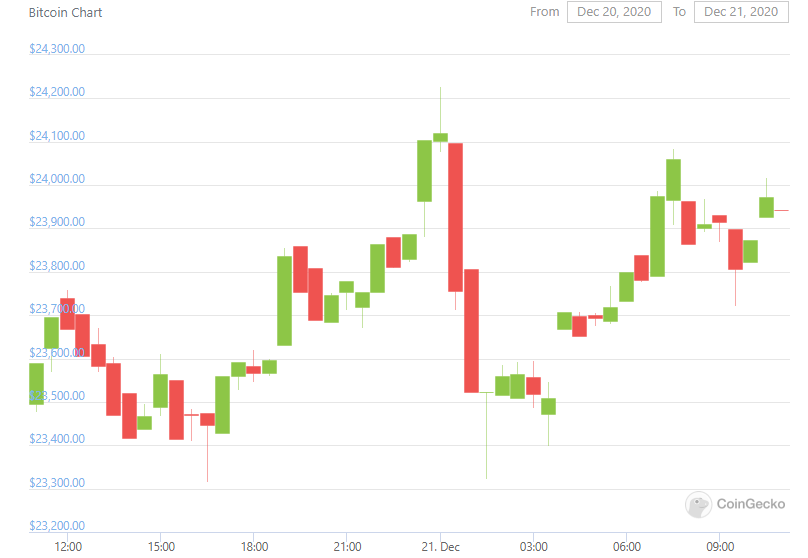 Cryptocurrency investors celebrated this new ATH on Twitter. Popular trader Nico is one of them:

“Bitcoin’s first weekly closing over $ 20K. This will not be the end. ” 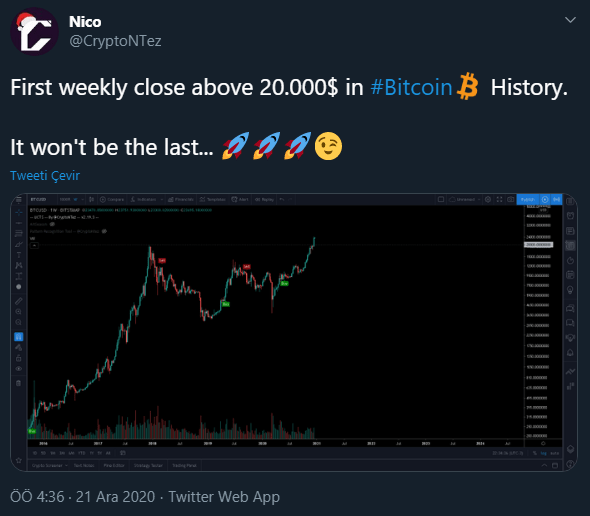 Aayush Jindal said in the analysis he shared that Bitcoin could be forming a strong support at the $ 23,000 and $ 23,200 points and the 100 hourly simple moving average (SMA) area. He also stated that on the hourly chart of the BTCUSD pair, there is an important bullish trend signal formed with support near $ 23,080. However, Jindal added that a resistance point of $ 23,800 appears and a break above this level could signal more gains above $ 24,000.

BMW iX can be unlocked with iPhone in bag or pocket

They Launched “Bitcoin Operation” in Germany!