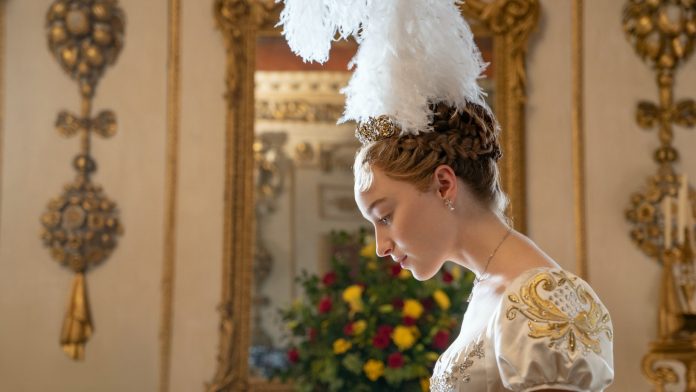 The Netflix series Bridgerton is based on a series of romantic novels by Julia Quinn, it is definitely not a traditional period piece. But it is inspired by history and at least one prominent character is inspired by a royal person: Queen Charlotte.

That has left some Bridgerton fans wondering how much of the 19th century drama is historically accurate, oddly enough the character of Queen Charlotte was not made up for the Bridgerton show.

Not only was she an actual historical figure, but some historians believe she was a black woman. In turn, the real Queen Charlotte was a German princess who married George III in 1761, just six hours after meeting, Charlotte remained on the throne until her death in 1818.

Eventually the king developed mental health problems that left him unable to rule. From 1811 to 1820, his son, the Prince Regent, ruled in his place during a period known as the Regency.

For his part, historian Mario De Valdés traced Charlotte’s lineage back to a member of the Portuguese royal family, Alfonso III. Alfonso, who lived in the 13th century, had several children with his lover, who was Black.

Claimed that one of those children married another noble family (which may also have had African descent), from which Charlotte was descended. Several portraits of Charlotte suggest that she was of African descent according to Valdés.

However, not all scholars agree with Valdés’ claims about Charlotte’s lineage, noting that the ethnic origin of Alfonso’s lover is unclear. Also, Charlotte was many generations away from her supposedly black ancestors.

While historians might disagree on the question of Queen Charlotte’s race, the possibility that she was black presented a great opportunity for Bridgerton’s creator.

The real reason the Cuthberts wanted to adopt a child

SELENA GOMEZ EXPLAINS WHY SHE FEELS THAT THE SUCCESS OF ‘RARE’...