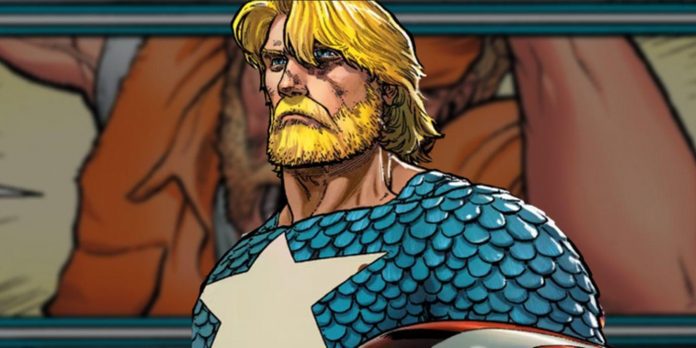 Marvel comics have once again proved that Captain America means much more than wearing the American flag and being a super soldier. Appearing in “Avengers: Forever”, “hippie Steve Rogers” is an alternative version of Captain America, very far from the original, but still embodying his same ideals of heroism.

As a super soldier created by the US Army to help win World War II, Captain America will always be associated with the ideas of patriotism, nationalism and military values. During his career as a hero, Steve Rogers embodied the best of these qualities, becoming the fearless leader of the Avengers, the commander of the Shield and the “Symbol of Truth” inspiring millions of Americans. However, patriotism, nationalism and militarism also have quite dark sides, so Steve Rogers had to prove again and again that being Captain America means much more than representing the ideals of a particular country.

Related: Captain America’s Most Outrageous Crime Predicted His Extremism during the Civil War

In “Avengers: Forever #7” by Jason Aaron, Aaron Cooder, Cam Smith and e-FX Guru, Steve Rogers’ group from different universes is locked in a mysterious prison block, having no idea how they got there and why. There is one Steve who immediately takes the initiative and rushes away, trying to get out of this prison, but he is very different from what readers are used to. This Steve Rogers has a beard, he wears a bandana and shouts things like “death to the warmongers” and “death to the military-industrial complex.” He considers himself a political prisoner of a mysterious group of “fascists” because he refused to take part in their “illegal war” (probably the Vietnam War). It is clear that this is a “hippie” version of Steve Rogers, inspired by many stereotypes of the left counterculture.

Despite being on the opposite side of the political spectrum compared to the original Steve Rogers, “hippie Steve” is the first in the group to try to escape, and continues to try to do so every day, despite being regularly beaten to a pulp. the mysterious guards of the complex. His example eventually inspires others, who slowly rally and after many attempts can finally find out the truth about their prison (in fact, it is a training camp built to train Captain America’s multiverse army). That’s what it means to be Captain America, inspire people by your example and never give up in the face of oppression. Having a hippie depicting these ideals means that the authors really understood what it means to be Captain America.

This issue of Avengers: Forever featured many unusual and amazing alternative versions of Steve Rogers, including a Wolverine-like version called “America’s Weapon”, however, the most impressive is hippie Steve. Apparently, his political ideas were supposed to make him the opposite of the original Steve Rogers, but in truth, they show how much Captain America has changed over the decades, as the character now represents the global ideal of freedom.

Bridgerton Season 2: What romantic series you need to see before...