Home Entertainment Hilton Hotel workers in San Diego are on strike in connection with... 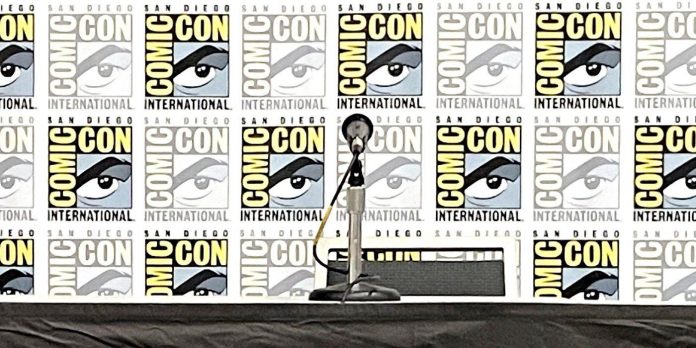 About 600 union workers at the Hilton San Diego Bayfront Hotel went on strike just a day before Comic-Con. The annual Comic-Con in San Diego returns this year for the first time since 2019 and will be held from Thursday, July 21 to Sunday, July 24. Some of the most anticipated panels of the weekend include The Lord of the by Prime Video. Rings: The Rings of Power, a prequel series of Game of Thrones House of the Dragon and Marvel Studios with Kevin Feige and other unexpected guests.

The Hilton San Diego Bayfront Hotel is located in close proximity to the convention center, where Comic-Con will be held this weekend. Rumors of a potential strike began among hotel workers last Friday, when hundreds of people voted to give their union leadership the right to go on strike. After the vote, it became clear that the leaders of Unite Here Local 30 would go on strike if they felt that the hotel was unwilling to make an “acceptable” offer of higher wages and benefits.

The Times of San Diego confirmed that the strike began this morning after 13 hours of negotiations that did not lead to a consensus. The hotel staff has been seeking a $4 an hour salary increase for two years. Management opposed the proposal to raise wages by $2.50 for 18 months. Before the talks, San Diego Mayor Todd Gloria stressed that union workers “deserve a fair contract with pay, benefits and hours that reflect that their work is necessary for the health of the San Diego economy.”

The strike could create some problems for Comic-Con, given that the Hilton San Diego Bayfront Hotel traditionally houses many of the convention’s most senior attendees. With housekeepers, front desk workers, laundry workers, cooks, dishwashers and waiters participating in this strike, Comic-Con organizers are likely to find themselves in a quandary as they scrape together a backup plan.

As for the thousands of fans who are planning to come, the strike is likely to dissuade them little. Ticket holders for the 2020 convention rescheduled their tickets for 2021 when the pandemic forced its cancellation, and then rescheduled again for this year’s Convention. Despite the two-year delay, so many people were holding their tickets that Comic-Con didn’t even open an official ticket sale this year; visitors will be the ones who thought they would go two summers ago. The consequences of the strike for Comic-Con may become more apparent when Preview Night begins tonight.