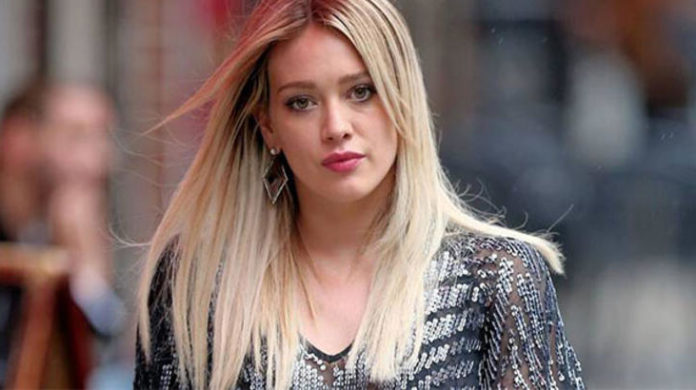 The filming of the series was postponed and, to continue, Hil has made this request

The fans of the Disney series that took Hilary Duff to the peak of popularity at the beginning of the 2000s have gone through a whole roller coaster of emotions regarding the reboot of the series that would be launched during 2020 through the new platform of Disney, the most amazing thing is that all this happened without even having released the series, to the extent that Hilary Duff has called the series moves to a different platform, here we tell you all about it.

After the news of this new production, for those of us who grew up watching this series, it was inevitable to feel the emotion of seeing the life of a character as charismatic as Lizzie in her adulthood , with greater reason when it was said that Hilary would be in charge of Bring that character to life, it would clearly be difficult to see someone else fulfilling that role.

The actress was excited and full of ideas for this new production, so everything seemed to be on track, we saw several of the actors and actresses of the original series meeting on the set and even some photographs and clips behind the camera, however, everything changed when the filming was postponed to rethink the idea, what?

I feels so basic saying something that’s been shouted at me almost my whole life buuuut……hey now, hey now✨

As time has passed, more details about it have been revealed, it was said that Hilary was upset by the decision and the next thing we heard about her was the news of her wedding, since through her Instagram Hil continued to share photographs of her happy family

After that, it was announced that Disney considered that the show should be more familiar, while Hilary and Terri Minsky, who was in charge of bringing this story to the screen, thought that the series had the potential to be much more than that, showing more mature themes with which fans could link.

Recently Hilary shared through her Instagram some of the ideas that had already been externalized by Terri, but which, however, are important for them as for the fans. With a black image and white text Hilary said she was very excited for the new series of Lizzie McGuire but she also felt a great responsibility with the fans of this story that, as she has grown.

Therefore, Hil said that she wanted the character of Lizzie in the new series could represent some of the realities that these people have lived, that could be identified and seen through her. Thus, with complete honesty, Duff confessed that it would be a dream if Disney let them take the series to the Hulu platform, so that the production did not have to be limited on the issues that for Disney do not seem appropriate because it is not completely for a family audience.

Hil’s fans and fans of the series have shown their full support for this request, as well as other stories have been moved to Hulu for similar reasons.

Stray Kids: Why is #LoveSTAY so special to Hyunjin?