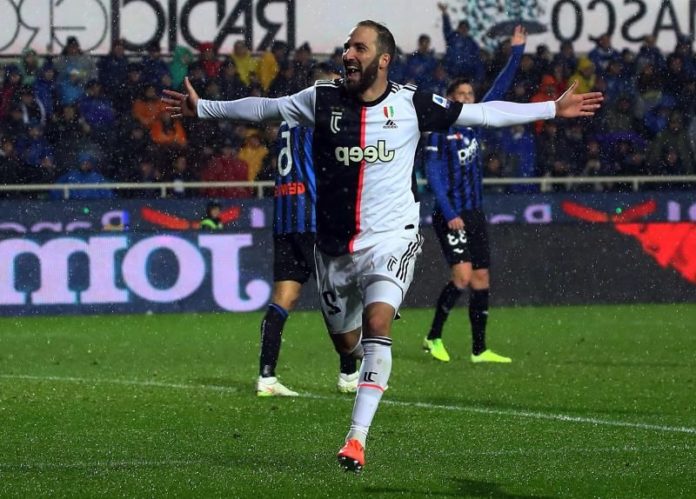 Argentines Gonzalo Higuain, with a double, and Paulo Dybala, with a target, rescued a Juventus without Portuguese Cristiano Ronaldo on Saturday and gave him a valuable 1-3 win in the Atalanta field, in the match that opened the program of the thirteenth day of the Serie A.

Under heavy rain at the Gewiss Stadium in Bergamo, Atalanta got ahead in the 56th minute and Juventus could not balance the balance until 74, before two goals from the “Pipita” and the Dybala goal allowed him to secure the league leadership and arrive with enthusiasm to the appointment on Tuesday against Atlético Madrid in the Champions League.

Without Cristiano, off the list to recover his best version in the face of the duel with Atlético, Juventus was entrusted to the technique of Dybala and Higuain’s scoring smell to resist an Atalanta that was superior for more than an hour.

The local team, orphaned by Colombian Duván Zapata, still injured, missed a penalty, thrown by the Ivorian Musa Barrow, and brushed the advantage twice in the first half, before breaking the equality in the 56th minute thanks to a header from the German Robin Gosens.

Juventus, who also lost Federico Bernardeschi due to physical problems in the first half, found it difficult to find spaces in the attentive local defense, but still managed to take advantage of his few scoring opportunities to overcome.

In the 74th minute, Higuain picked up a rebound in the penalty area, turned around and finished off the goal. The ball was deflected by Brazilian defender Rafael Toloi and ended at the bottom of the net.

See Also
Cristiano Ronaldo will not be penalized by Juventus!

Eight minutes later, the Colombian Juan Guillermo Cuadrado deepened on the left wing and hung a center that Higuain finished off safely to celebrate his eleventh target in eight games played against Atalanta.

There were many controversies, since, at the beginning of the goal, Cuadrado touched the ball with one hand. The referee did not review the action and, after communicating with his video assistants, decided to validate the target.

He had no strength to react to the Bergamo team, who succumbed definitively in the 91st minute to a tremendous left-footed shot to Dybala’s first post.

With this valuable victory, Juventus was placed momentarily four points away from Inter Milan, which visits Torino on Saturday.

Both Atalanta and Juventus players played the game with a red mark painted on their faces, to send a message of opposition to violence against women.

Ramos, the only one who follows Messi in his record