Home Tech Highly efficient processors are emerging! Samsung has set a date for 1.4... 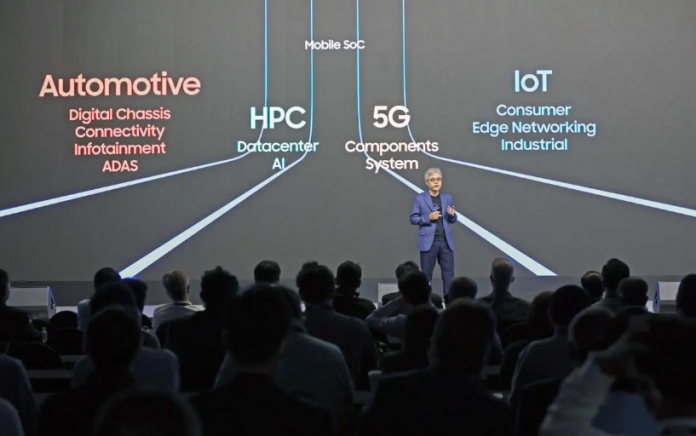 Samsung has recently made an announcement about new technologies for the production of processors. Planning to switch to 3-nanometer production technology this year, Samsung announced the date of transition to 1.4-nanometer technology.

Samsung, which is the second largest semiconductor manufacturer in the world after TSMC, wants to rise to first place. The company, which owns 17.3% of the market, rolled up its sleeves to reduce TSMC’s 52.9% market share.

Samsung has started work on a 1.4-nm processor
Commenting on this topic, S.K. Kim, an analyst at Daiwa Capital Markets, said: “This is the first time that the SEC (Samsung Electronics) is leading a long-term roadmap for semiconductor manufacturing. I think this event is more aggressive than the expectations of TSMC and the market. As part of Samsung’s plan to surpass TSMC, it needs to triple the production capacity of its most advanced chips by 2027.” made statements.

Samsung has announced that it will offer its customers 1.4 nm technology in 2027. However, Samsung stressed that it plans to start mass production at 3 nm by the end of 2022.

The company, which will start producing 2-nanometer chips in 2025, will take the competition to a new level. It is worth noting that TSMC has not announced any roadmap for the production of chips, with the exception of a 2-nanometer production process planned for 2025.

Both TSMC and Samsung have stepped up their work on the production of chips in the United States. With a chip manufacturing plant in Austin, Samsung began building a $17 billion facility to manufacture it in the Taylor region.