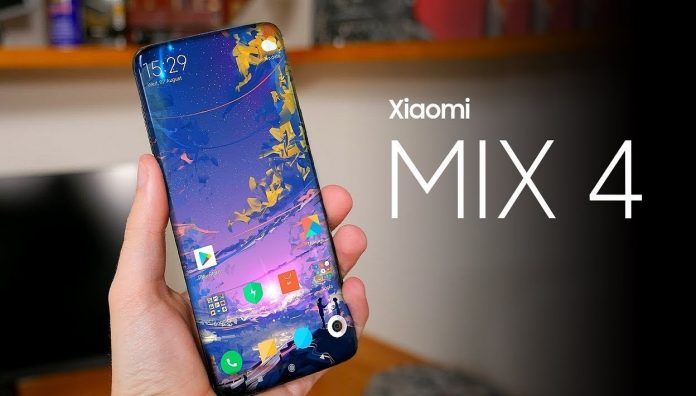 In addition to all the technological products it has produced so far, Xiaomi comes to the agenda and is most liked with its smart phones. Xiaomi Mi Mix Series, which is among the flagship models of technology giant Xiaomi, attracts great attention with its hardware features and designs. There is limited information about the features and price of Xiaomi Mi Mix 4, the newest device of the series.

Although Mi Mix phones belong to a series, they are not serial phones with a similar design. Xiaomi reveals its difference in this regard with its Mi Mix series phones, each of which has a different design. Xiaomi Mi Mix Series phones with extraordinary features are also among the models that attract great attention in the smartphone market with surprising prices.

Xiaomi last launched a phone from the Mi series in May 2019. The latest Mi MIX 3 5G from the series was introduced. According to DigitalChatStation, a new Xiaomi Mi MIX phone will arrive this year. However, the emergence of this device will be after the Xiaomi Mi 11 Pro. According to speculation, the Xiaomi Mi 11 Pro is expected to arrive in February or March this year. After the 4G version of Xiaomi Mi MIX 3 in October 2018, the 5G version was introduced in May 2019. There have been no reports of the MIX series since then. Mi MIX 4 will be the fourth product in the Mi MIX series.

As we mentioned, according to the information obtained, the Xiaomi Mi Mix 4 will appear a few months after the Mi 11. The features of Mi 11, which is expected to be released in the same period as the Mi Mix 4, are as follows:

Xiaomi Mi 11 will get its power from Snapdragon 888 processor with 5 nanometers. The processor is predicted to be powerful, the 5G-powered Xiaomi Mi 11’s 6.81-inch AMOLED display technology has 120 Hz screen refresh rate, 515 PPI 1,500 nits (maximum 1,771 nits) brightness. 2K screen resolution is also one of its features. While the screen is protected by Gorilla Glass Victus glass, the device will support HDR10 +, which is a High dynamic range video technology. The device is quite assertive in terms of sound performance as well as general performance. Xiaomi Mi 11 has a dual speaker system and the device has the world-famous Harman / Kardon signature.